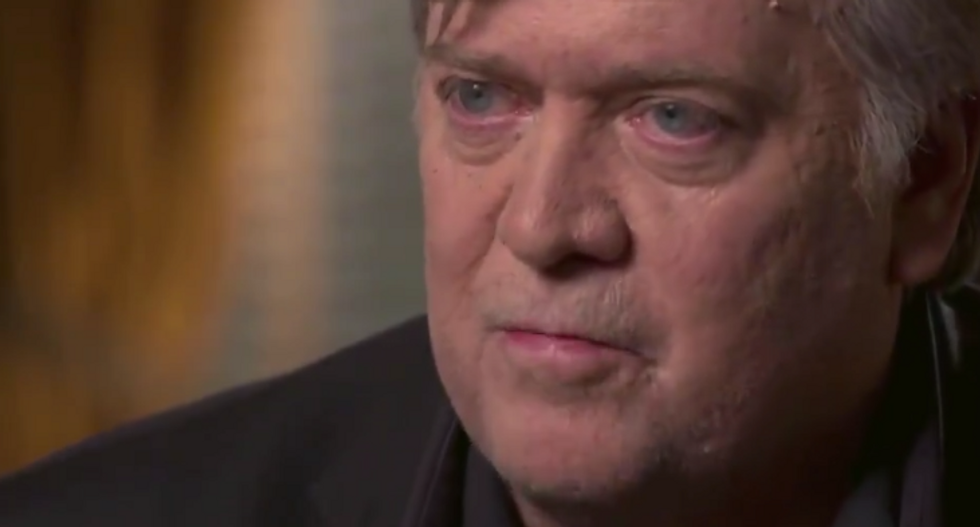 During an appearance at a conference hosted by the Financial Times, former White House adviser Steve Bannon denied that he had any knowledge of former employer Cambridge Analytica's data mining — and shifted the blame onto Facebook for taking the data in the first place.

CNBC reported that Bannon, who was an executive for Cambridge Analytica before leaving to work for Donald Trump's presidential campaign, blasted the social media giant after denying knowledge of the firm's data scraping.

Bannon's comments came after accusations made earlier this week by Cambridge Analytica whistleblower Chris Wylie, who told the Washington Post that Bannon led the firm's Facebook data collection efforts when he worked at the company. Wylie followed up the claim earlier on Thursday by telling MSNBC's Ari Melber than Bannon, Republican megadonor Rebekah Mercer and Cambridge Analytica's now-suspended CEO Alexander Nix were all warned that the firm's data mining may violate American laws.

The Daily Beast's Max Tani noted that during his speech, Bannon also claimed to have come up with the name "Cambridge Analytica."