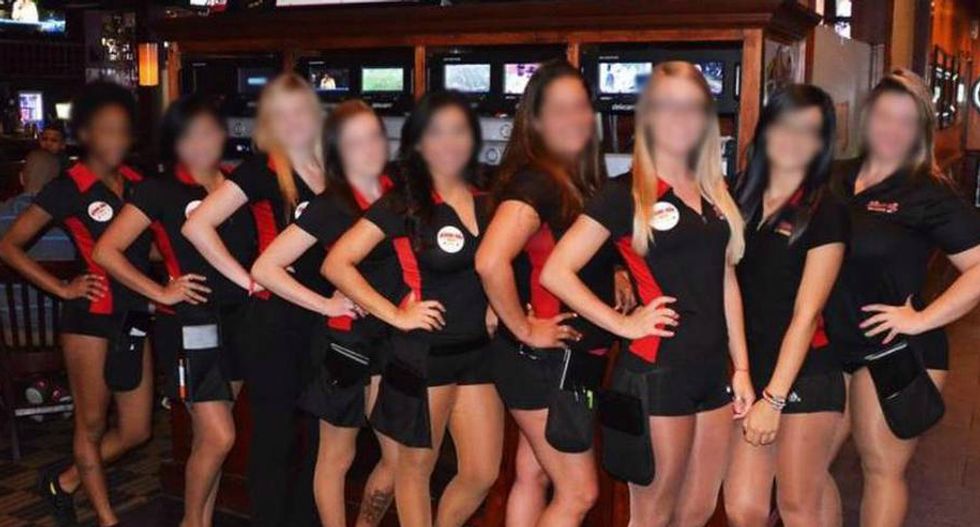 After being fired from her job as a bartender when she could no longer wear the "hot pants" required in her uniform, a Texas woman has finally been awarded a $24,000 settlement from her former employer.

The Fort Worth Star-Telegram reported Friday that former Nick's Sports Grill bartender Taylor King got the settlement from the Equal Employment Opportunities Commission after her 2014 firing.

King told her bosses in March 2014 that she would need to take pregnancy leave by August of that year. A month later, however, she was told that her leave was to begin with the week. At the time, she'd stopped being able to fit into the shorts the bar required female employees to wear and replaced them with capri pants.

"When the short, tight outfit no longer worked," Costas argued before the U.S. District Court in the Northern District of Texas, "Taylor no longer had a job."

Along with being compelled to pay King $24,000 in "back pay, future losses and punitive damages," Nick's also agreed as part of the settlement to provide employees with pregnancy discrimination and general workplace discrimination.

"Expecting mothers typically need to continue to earn an income as their family grows,” Robert A. Canino, regional attorney of the EEOC’s Dallas District Office, told the Star-Telegram. “This is another example of how myopic views by some employers about the value of women in the workplace operate to limit opportunities to females who are perfectly qualified and able to work.”