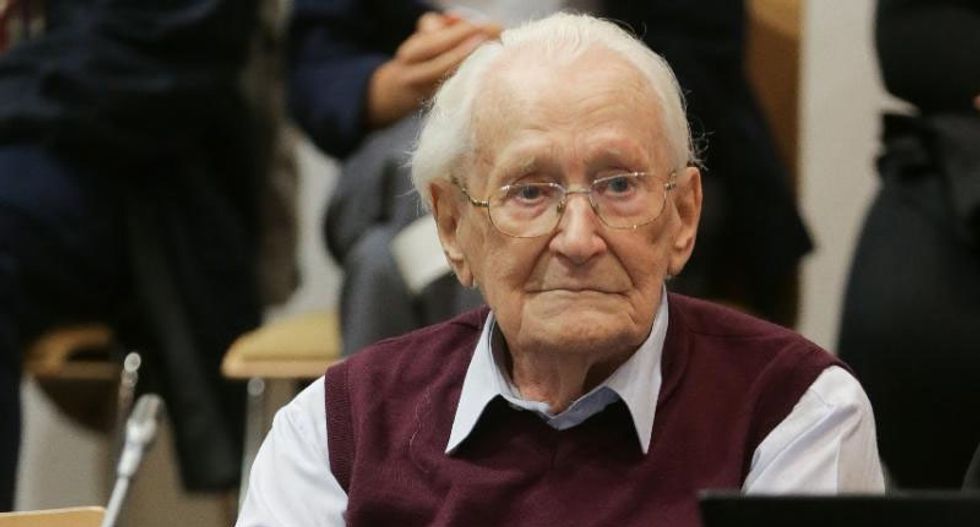 A former Nazi SS guard dubbed the "Bookkeeper of Auschwitz" has died aged 96 nearly three years after his conviction for being an accessory to murder, German media said Monday.

A spokesman of the prosecutor's office in the northern city of Hanover told AFP that Oskar Groening's lawyer had informed him of his death but he was unable to confirm it officially.

Groening worked as an accountant at Auschwitz, sorting and counting the money taken from those killed or used as slave labour, and shipping it back to his Nazi superiors in Berlin.

He was found guilty in July 2015 of being an accessory to the murders of 300,000 people at the camp and sentenced to four years in prison.

A court doctor determined last year that he was able to serve his sentence, on condition he was given appropriate nursing and medical care, but he was never jailed.