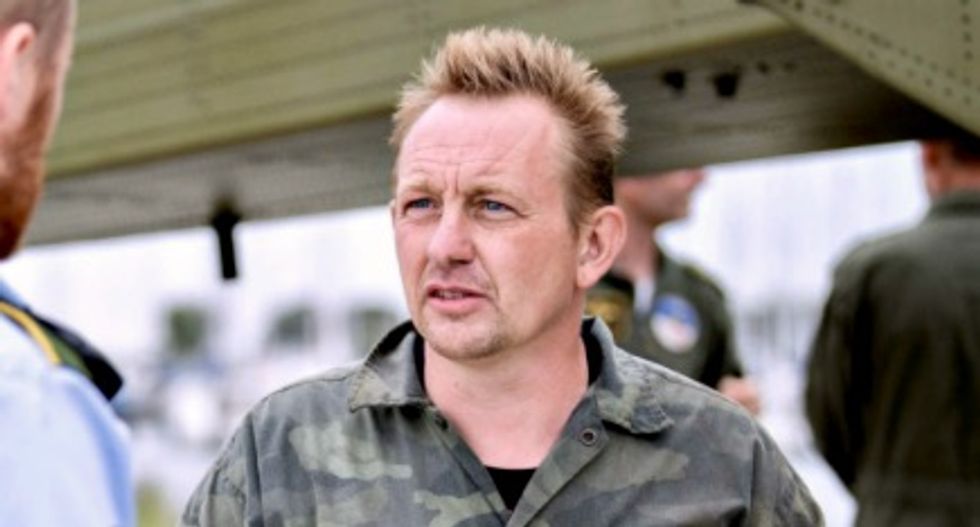 Danish inventor Peter Madsen, who is accused of brutally killing Swedish journalist Kim Wall on his submarine, described himself as a "loving psychopath," a former associate told a court Friday.

"His sexual fantasies slowly got out of hand," the associate, who had worked in Madsen's laboratory, told the Copenhagen district court, adding that the inventor called himself a "psychopath, but a loving one."

Madsen, 47, who is charged with premeditated murder, sexual assault, and desecration of a corpse, has changed his version of events multiple times but has maintained Wall's death was accidental.

On the first day of his trial on March 8, he told the court that Wall, a 30-year-old freelancer, died when the air pressure suddenly dropped and toxic fumes filled his vessel on the night of August 10, 2017, while he was up on deck.

He has admitted dismembering her body and throwing it overboard, but denies premeditated murder and sexual assault.

The associate said in very halting testimony that Madsen toyed with the idea of making a pornographic film showing acts of torture and was "interested in snuff films," or movies where a person is actually killed or kills themselves.

Wall's body parts, weighed down in plastic bags with metal objects, were recovered from waters off Copenhagen.

The coroner has acknowledged that Madsen's explanation of carbon monoxide poisoning "could be" the cause of death, but added that "the air does not seem to have been able to leave the lungs which is not the case with lack of oxygen or inhalation of gases".

Wall had accompanied Madsen to interview him for a profile she was writing of him.

The prosecution has painted a picture of Madsen as a sadist who murdered Wall as part of a sexual fantasy.

The coroner testified Thursday about numerous lesions found on Wall's torso and head, with much of the questioning focused on the 14 stab wounds to her genital area.

The prosecution has shown the court three videos found on Madsen's hard drive of women having their throats slit, and being beheaded and impaled.

His line of defence has varied on the videos: he has denied searching for or downloading some of them, but others he admitted to watching "to be able to feel emotions and to cry" about the women's suffering.

The defence on Friday meanwhile presented an apprentice engineer who had worked with Madsen. He described the inventor as a "kind, empathic, passionate man who was ready to listen.

"Some press reports have described him as a man of strong temperament but that was not my first impression," the man said, after greeting Madsen with a nod after taking the stand.

Friday would have been Wall's 31st birthday.

Her family and friends have created a fund in her memory and a scholarship of $5,000 (4,000 euros) to ensure the safety of women journalists on reporting missions abroad.

Madsen is due to take the stand again on March 28, with around 35 witnesses to testify in the coming days.

The verdict is due on April 25. The prosecutor has called for a life sentence, which in Denmark averages around 16 years.