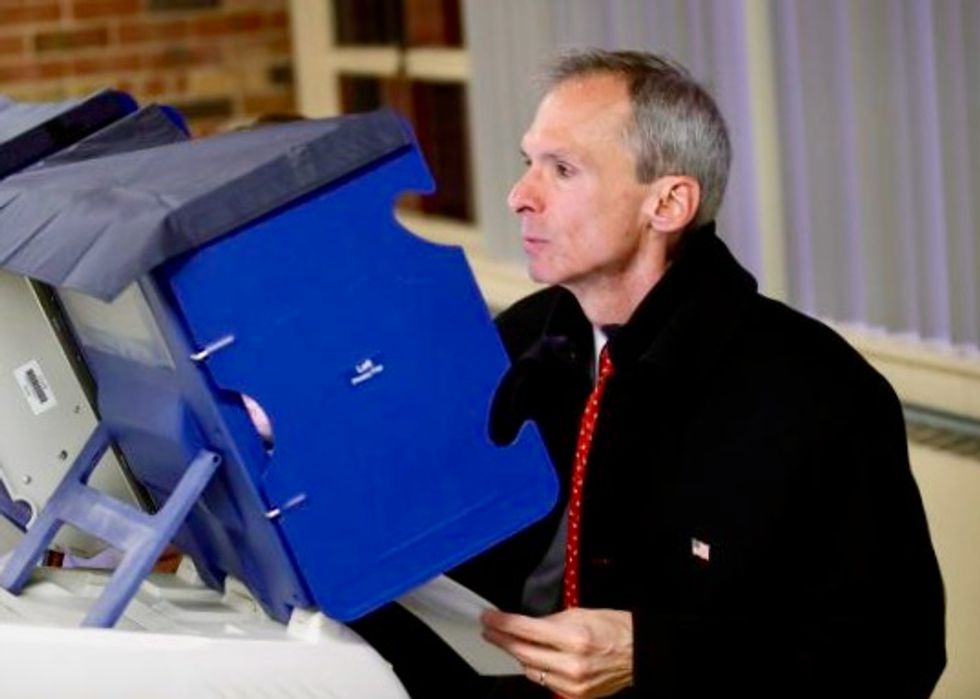 The AP called the race in Lipinski’s favor with the veteran lawmaker leading by less than 2 percentage points with 97 percent of precincts reporting votes.

Newman said she would not concede until all the votes were counted.

“I would like Mr. Lipinski to have a very painful evening. So we’re going to wait,” she told supporters before sending them home for the evening.

Lipinski, one of a dwindling number of centrist House Democrats, had been re-elected easily since he inherited the seat from his father in 2004, despite breaking with his party frequently on social issues. He opposes abortion and gay marriage and he voted against the Democrats’ signature Affordable Care Act health law in 2010.

During the campaign, Liberal activists said Lipinski’s conservative views were out of step with the Democratic party.

The race drew national attention as an early test of whether the anti-Trump sentiment galvanizing the party’s base could also sweep some centrist lawmakers out of office.

More than a dozen congressional Democrats across the country face credible challengers, mostly from the left, in nominating contests over the coming months that will determine the party’s candidates for November’s midterm elections.

Since January 2017, Republicans have wielded control of both chambers of Congress, along with the White House.

Lipinski argued that Democrats need to avoid ideological litmus tests if they want to win back the working-class voters who have abandoned them in recent elections.

“Donald Trump was elected president because there were Democrats who felt like the Democratic Party was not standing up enough for working people,” he told Reuters on Tuesday.

Newman said those views made him a poor fit for a district that covers much of Chicago’s southwest side and neighboring suburbs, describing him as a “far right radical Republican” in an interview with Reuters. She drew the support of national women’s rights and gay rights groups, which spent more than $1 million on her behalf.

Trump told Republican leaders at a dinner in Washington on Tuesday night that he will be traveling the country to campaign for his party’s candidates.

“They have gone so far left, we have to go a little further right,” Trump said of the Democrats.

Lipinski is heavily favored to win re-election in the fall. He will face Republican Art Jones, a Holocaust denier who has been disowned by his own party.