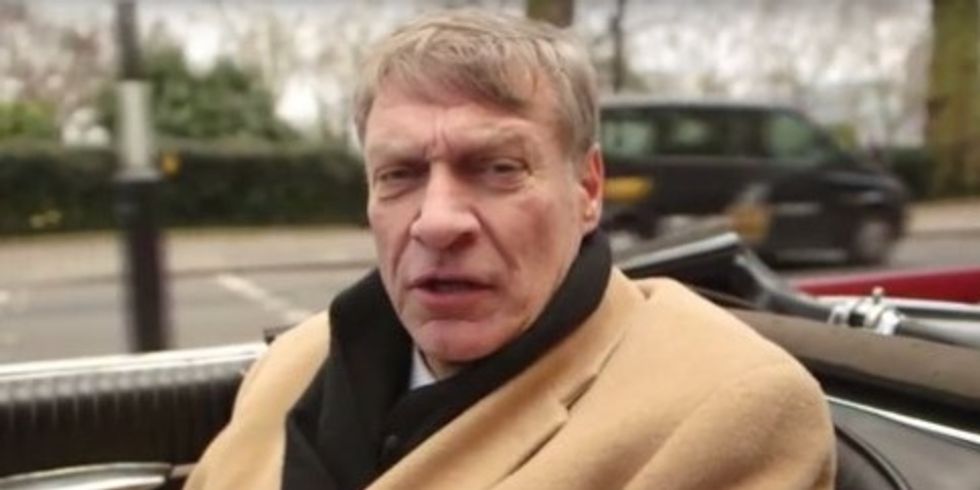 An American academic who supports U.S. President Donald Trump and is a strong advocate of Britain’s exit from the European Union will testify next month before the federal grand jury considering evidence in the investigation into possible collusion between Trump’s 2016 election campaign and Russia.

Theodore Malloch, the author of a forthcoming pro-Trump book and an ally of Nigel Farage, a former leader of Britain’s UK Independence Party, said in a statement emailed to Reuters on Friday by the book’s publisher that he was questioned by FBI agents when he landed at Boston’s Logan International Airport on Tuesday after a flight from London and served with a subpoena to appear before the grand jury.

Malloch “is scheduled to testify in Washington D.C. on April 13th under Robert Mueller’s Grand Jury investigation,” Hector Carosso, a representative of Skyhorse Publishing, said in a separate email.

Malloch’s book, “The Plot to Destroy Trump: How the Deep State Fabricated the Russian Dossier to Subvert the President,” is scheduled for publication on May 1.

Mueller is investigating possible illegal coordination between Trump and his 2016 campaign and Russia. Trump and Russia have denied any collusion. The FBI and Mueller’s team had no comment on Malloch or events at the airport in Boston.

Malloch said in his email that the FBI presented him with a document authorizing the agents to seize his cellphone. He said he handed it over and later was told the FBI had to send it to Washington for a “full assessment.”

He also said the FBI questioned him for about an hour about his career, government security clearances, and academic credentials. He said the agents then asked him about his role in the Trump campaign, which he said was informal and unpaid.

He said they also questioned him about his contacts with Trump supporter and political consultant Roger Stone, the WikiLeaks website and Jerome Corsi, a contributor to conspiracy theory websites.

In his statement, Malloch said he knew nothing about WikiLeaks, which published emails U.S. intelligence officials concluded last year were hacked from the Democratic National Committee and Hillary Clinton’s presidential campaign by the GRU, Russia’s military intelligence agency.

Sources familiar with Mueller’s investigation say one avenue of inquiry is how the hacked emails made their way to WikiLeaks from Russia, and whether any Trump allies ever handled them.

WikiLeaks did not immediately respond to a request for comment.