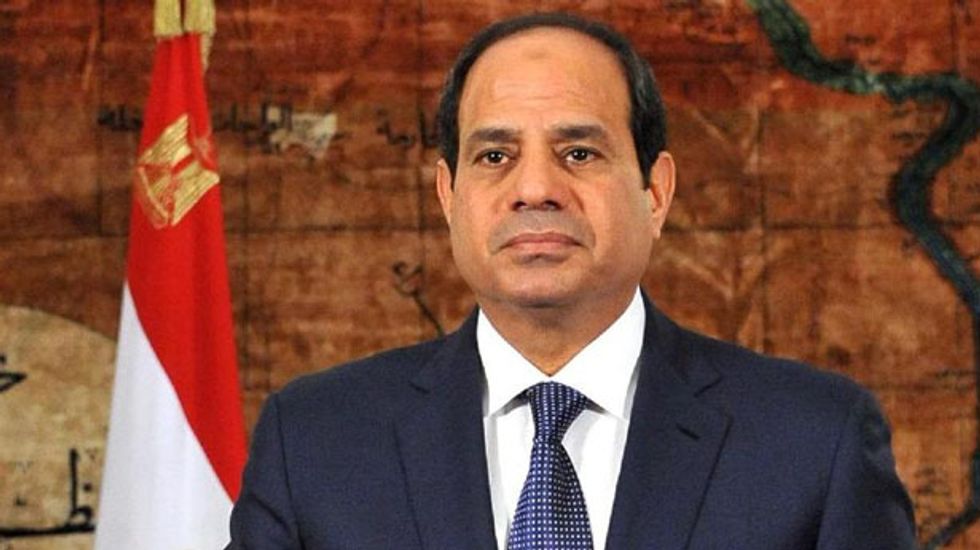 Egyptian President Abdel Fattah al-Sisi has been reelected for a second term with 92 percent of the vote, preliminary results showed on Thursday, but turnout of just 40 percent dented his push for popular legitimacy.

Some 23 million of the 60 million registered voters turned out during the three days of polling that ended Wednesday, state-owned newspapers Al-Ahram and Akhbar el-Youm, and the official MENA news agency reported.

According to Al-Ahram, in addition to the 23 million who cast valid votes, two million spoiled their ballot papers, inserting the names of candidates who were not among the only two approved.

Sisi's sole challenger was the little-known Moussa Mostafa Moussa, himself a supporter of the president, who registered immediately before the close date for applications, saving the election from being a one-horse race.

Other, more heavy-weight would-be challengers were all sidelined, detained or pulled out.

Sisi, who as army chief ousted Egypt's first freely elected president -- Islamist Mohamed Morsi -- after mass street protests in 2013, won his first term in 2014 with 96.9 percent of the vote.

Turnout of 47 percent in that year's election was sharply higher than this year's 40 percent despite appeals from Prime Minister Sherif Ismail for voters to fulfil their patriotic duty.

Boycotters who cannot show good reason for not going to the polls could a face a fine of up to 500 Egyptian pounds (22 euros), the electoral commission has warned.

At a news conference, election commission official, Mahmud al-Sherif, said there had been no violations of Egypt's election law.

Opposition groups had called for a boycott of this week's vote which they labelled a facade.

There were no presidential debates and Sisi himself did not appear at any official campaign events, although he spoke at a number of ceremonies.

In an interview days ahead of the vote, Sisi said he had wished there were more candidates, denying any role in sidelining them.

At a speech before the vote he also called for a high turnout.

"I need you because the journey is not over," Sisi told a mostly female audience. "I need every lady and mother and sister, please, I need the entire world to see us in the street" voting.

Morsi's removal had ushered in a deadly crackdown that killed and jailed hundreds of Islamists.

A jihadist insurgency since has killed hundreds of policemen and civilians.

Sisi gave the armed forces and police a three-month deadline in November to wipe out the Islamic State group in its Sinai Peninsula stronghold.

The deadline has since been extended, and on February 9 the armed forces launched their most comprehensive campaign yet to end the five-year-old jihadist insurgency.

But attacks by the jihadists have continued.

On Saturday, two policemen were killed in a car bomb targeting the provincial head of security for the Mediterranean city of Alexandria. The security chief was unharmed.

Egyptian cities, especially Cairo, have been flooded with banners showing Sisi and messages of support from business owners. Posters vowing support for Moussa, 65, are rarely seen.

While still popular, Sisi has embarked on tough economic reforms that have been welcomed by foreign investors but dented his popularity at home.