Former GOP rep. quits party over Trump and hammers him for 'immoral behavior toward women' on the way out 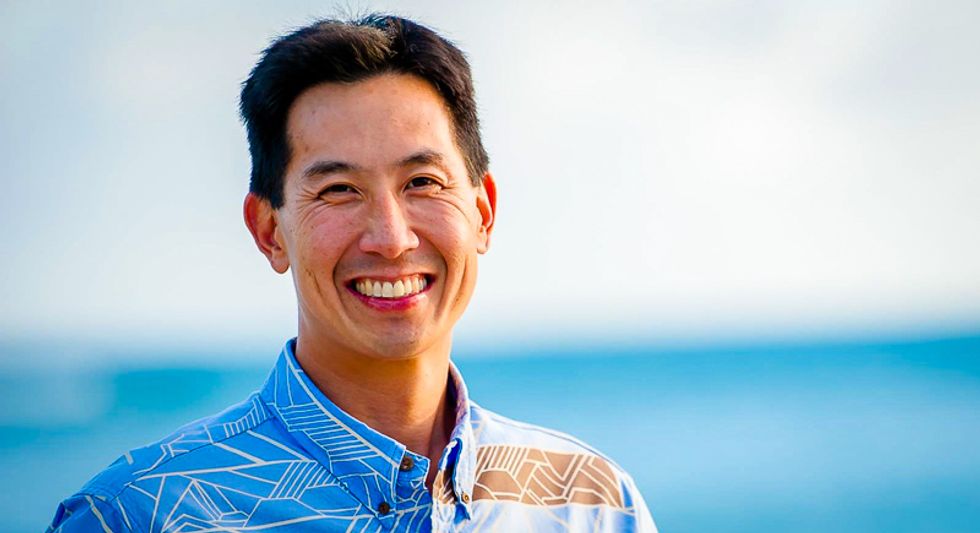 A former U.S. congressman announced that he has quit the Republican Party, citing President Donald Trump's character and policies as the reason.

In a Civil Beat column published on Monday, former Hawaii Rep. Charles Djou revealed that he was abandoning his party "because I am unwilling to abandon my principles."

"I can no longer stand with a Republican Party that is led by a man I firmly believe is taking the party of Lincoln in a direction I fundamentally disagree with, and a party that is unwilling to stand up to him," Djou wrote.

The former congressman offered a litany of reasons that Trump had poisoned the party, from immigration to trade wars.

But Djou seemed to be most concerned about the character and ethics of the president.

"I am so disturbed by Trump’s repeated callousness toward the select few of our citizens who volunteered to defend our nation with their lives. From ridiculing John McCain’s service as a POW in Vietnam, to trivializing the grief of gold star mothers who lost their children in service of our country, Trump’s actions are indicative of a man ignorant of honor and true sacrifice," he explained. "Most of all, I have long believed that our government leaders must lead by example. Character counts."

Without mentioning the president's alleged affair with adult film star Stormy Daniels, Djou condemned Trump's "immoral behavior toward women" as a "a breach of public trust."

"Civility is an inner trait of true character," he opined. "Trump’s penchant for conspiracy theories, such as his assertion that Sen. Ted Cruz’s father was involved in the assassination of JFK, is disturbing. His poorly constructed stream-of-consciousness tweets are not only immature, but provide real harm to the stability of our democracy."

Djou said that he was also disturbed by the party's unwillingness to condemn Trump when necessary.

But I am most disappointed by the failure of the GOP to clearly and consistently condemn Trump’s childish behavior. Sadly today, too many Republicans either applaud Trump’s tirades or greet them with silent acceptance. This leads to an implicit ratification by the GOP of Trump’s undisciplined, uninformed, and unfocused leadership as a core part of the Republican Party. This is something I cannot accept and will not be a part of.