Former GOP Senator admits he donated to Conor Lamb in PA-18: 'Too many Republicans have drunk Trump-Aid' 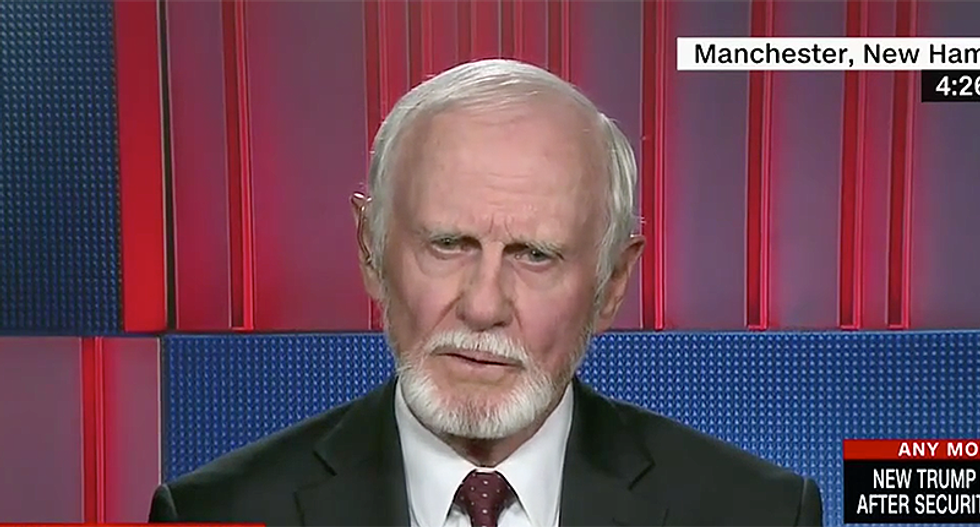 In an op-ed for USA Today, Humphrey—a vocal critic of Donald Trump—admitted he “rejoiced” when Lamb defeated Rick Saccone, who ran on the premise he was “Trump before Trump.”

Humphrey suggested it “would be healthy” for Lamb to lead “an anti-Trump wave that could wash away many Republicans in November” as the party “increasingly [kowtows] to a president who is utterly without principle or decency, a demagogue who trades in the basest human emotions, whose chaotic persona and bizarre conduct strongly suggest a dangerously unhealthy mind.”

The former GOP senator wrote the Democratic PA-18 candidate inspired him to “personally urge prominent Republican campaign strategists to promote Lamb as a means to begin the containment of Trump’s poisonous presidency.”

“As a former Republican who is still a Reagan conservative, I believe we need more Conor Lambs as an antidote to Trump's poison,” Humphrey said. “This is no time to obsess over party labels. Electing candidates of either party who will stand up to Trump is the first step in restoring a normal, decent, civilized America. It’s the first step to making America great again, in the best sense of that expression.”

“Many hope the president will be removed before then,” Humphrey claimed. “But even if special counsel Robert Mueller survives the daily attacks by Trump and his staff and produces incontrovertible evidence of an impeachable offense, it’s doubtful enough Republicans would do their constitutional duty and support impeachment and conviction. Too many have drunk too much Trump-Aid.”

Humphrey went on to implore “good men and women” to “explore an independent run” outside the traditional two-party system for the 2020 presidential election.

“Enough party rancor,” he wrote. “We need a president independent of parties who will restore dignity to the White House, civility to public discourse and respect for constitutional principles and the rule of law; who can build a confident consensus around national purpose, give us back our self-respect and elevate America again to a high standing among great nations.”

You can read the full op-ed here.