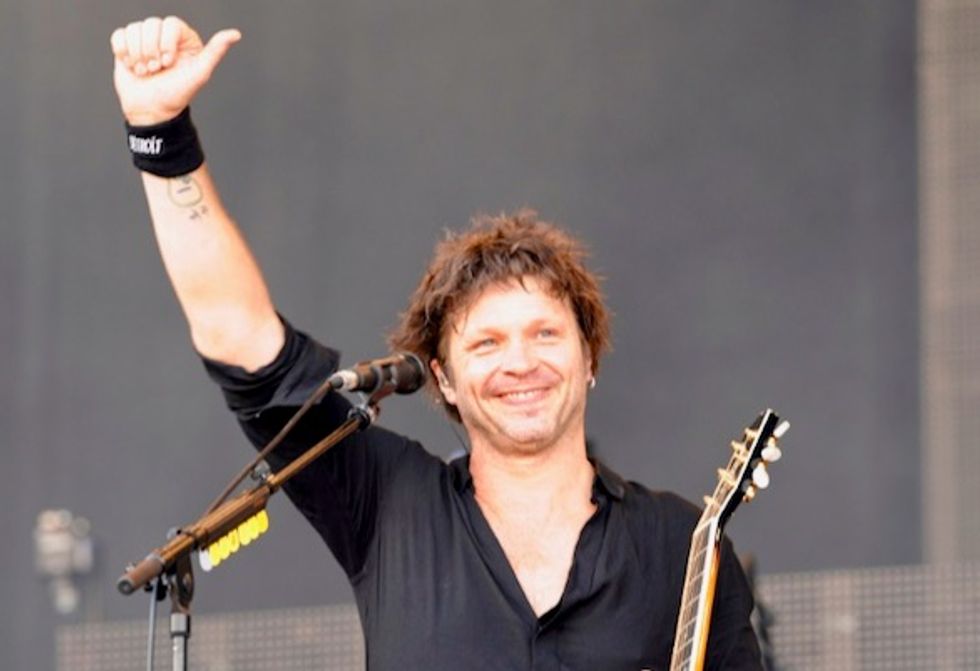 The organisers of a music festival in northern France have defied pressure to pull a once-idolised French rocker, who beat his actress girlfriend to death, from their summer line-up.

Over 60,000 people have signed a petition demanding that Bertrand Cantat, former frontman of Noir Desir, be removed from the programme of the Papillons de Nuit festival, which runs from May 18 to 20 in the Normandy town of Saint-Laurent-de-Cuves.

"By putting Bertrand Cantat in the spotlight you are normalising violence against women and even condoning it," reads the petition on the Change.org website started by a self-described "citizen feminist".

The organisers of the festival, which drew 68,000 rock fans in 2017, have rejected the call, saying in a statement: "We consider that our only criteria should be artistic."

In a short profile of 53-year-old Cantat on their website, which the petition criticises, Cantat is described as a "having lost nothing of his brooding nature, rage and critical thinking".

Cantat, whose group enjoyed cult status in France in the 1990s, killed Marie Trintignant in a hotel room while on tour in Lithuania in 2003.

Trintignant, a well-known figure in cinema and theatre, suffered severe brain damage after Cantat beat her during a fight and later died from her injuries.

The killing sent shockwaves through France, where Cantat was known as a champion of social causes.

He was sentenced to eight years in prison of which he served four years before being released on parole in 2007.

In recent years, he has dismayed Trintignant's family by returning to the stage, making his comeback in 2013 with a new group, Detroit.

On Thursday, he begins touring with his first solo album, Amor Fati (a Latin phrase associated with Friedrich Nietzsche meaning "a love of fate") kicking off with a concert in the western city of La Rochelle.

The management of the theatre where he will perform Thursday said it had received only "three or four disapproving emails".

Cantat plans several other dates in the coming months, only one of which has been cancelled due to local opposition.

Last year, as the outrage over sexual violence triggered by the Harvey Weinstein affair in the US was building, rock magazine Les Inrockuptibles was accused of glorifying Cantat by putting him on its cover.