'Go back to Egypt': Washington man arrested for threatening his roommate with a samurai sword in anti-Arab hate crime 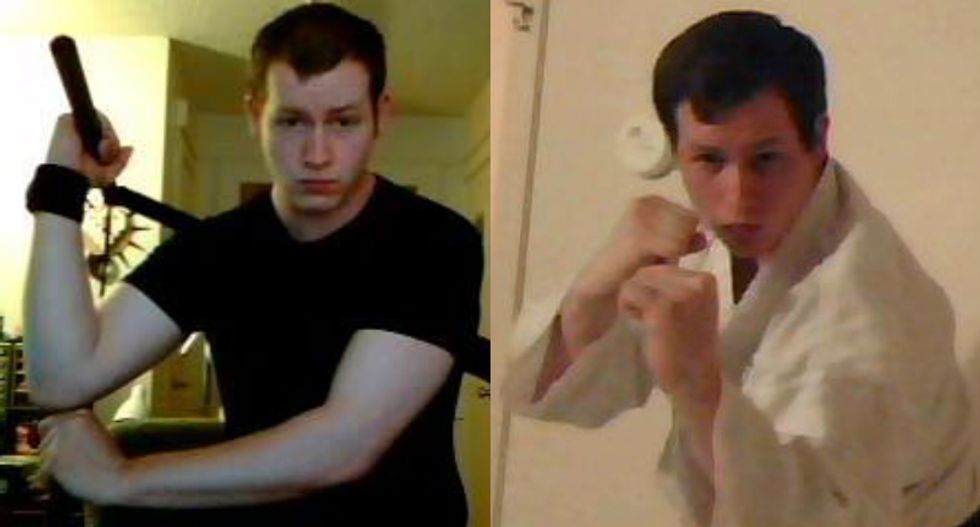 A Washington man faces hate crime charges after threatening his Arab roommate with a samurai sword in an alleged ethnicity-motivated attack.

According to the Bellevue Reporter, 29-year-old Anthony Thomas Stromdahl threatened to kill or deport one of his roommates, who is Egyptian. Through a translator, the man told police that he did not initially report the threats because he was worried it would affect his work visa.

"Arabs, go back to Egypt," the man said, according to court documents viewed by the Bellevue Reporter. “I will kill you and your people."

Another of the roommates said the 29-year-old once put him in a chokehold from behind after asking him for a ride, and had been forced to give Stromdahl his car keys — only to get the car back damaged.

The Bellevue Reporter noted that police arrested Stromdahl at the workplace he shared with his roommates after allowing him to finish a janitorial job. During the arrest, he claimed the sword threat occurred after one of his roommates push him against the wall, and when police asked him why he didn't call them immediately, Stromdahl replied that he "was trying to help these guys out and not cause any trouble for them due to them being from a different country."

"Stromdahl has a criminal history that includes harassment, stalking, harassment, threats to kill, and third-degree assault," the report noted, "all of which occurred in 2015."

Stromdahl is currently being held on a felony harassment charge under the state's hate crime statute, and has a $100,000 bond.