Is the growing crisis between Vladimir Putin and Donald Trump the beginning of another Cold War conflict? 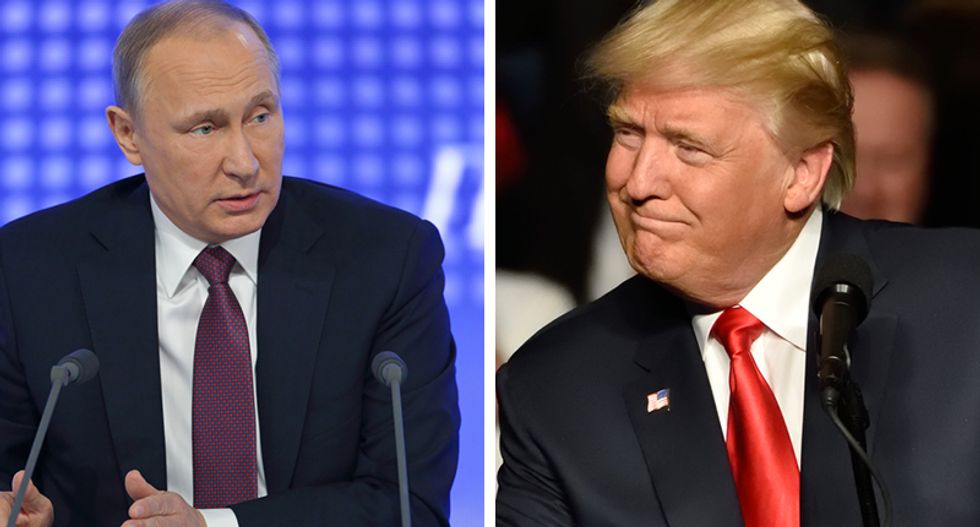 That’s led some analysts – in Russia and in the West – to describe current Russian relations with the West as a new manifestation of the old Cold War.

Since 2010, President Vladimir Putin’s increasing reliance on a strategy of meddling in the domestic politics of the United States and European Union member states has heightened tensions and stoked fears of a crisis.

But the Cold War metaphor does not apply to today’s international system. My own understanding of the nature and implications of this conflict is based on my work on the evolution of Russian state-society relations between 1990 and 2018.

The “Cold War” refers to the state of permanent crisis that marked the nuclear standoff between the U.S. and the then-Soviet Union and its allies following World War II.

In contrast to that post-War period, relations between Russia and the West since 1991 are not shaped by ideology. They’re shaped by a clash in economic interests, security issues and Russia’s domestic political concerns.

In the 1990s, Russia’s first president, Boris Yeltsin, won popular legitimacy by engaging with the international community, especially the United States. In contrast, after 2000, his successor, Vladimir Putin, based his legitimacy on restoring domestic stability.

Yet, by 2011, large-scale protest following a fraudulent election demonstrated that the Kremlin needed a new strategy to maintain power. I argued then that President Putin, plagued by declining oil prices and the inability to modernize the economy, manufactured international enemies to win popular support and create a renewed sense of national pride.

President Putin’s current international strategy reflects his domestic goals. The Kremlin creates new alliances with like-minded rulers who hold absolute power like Recep Tayyip Erdogan in Turkey and Bashar Assad in Syria, using tactics such as social media control and the spread of propaganda to shape social support. It is a foreign policy based on aggressive disruption and disinformation.

Putin’s goal is to sow social conflict and political divisions within democratic countries. He aims to diminish democracy as a model for Russian opposition.

In this context, the unified Western response to the nerve gas attack on the double agent, Sergei Skripal, and his daughter, Yulia, is a sign that Western states now understand the costs of Russia’s foreign policy strategy.

The attack was not intended to start an international incident – it was meant for an internal audience. Since taking office, Putin has used arbitrary prosecution and assassination to intimidate potential adversaries. The most prominent illustration is Mikhail Khodorkovsky, a Yeltsin-era oligarch, who was arrested and jailed for mixing economic success with political ambition.

In the world of espionage, there are many Sergei Skripals, members of the security services living abroad who could leak damaging information. To ensure that they do not, the Russians sent a strong message, signaled by the use of a Russian proprietary nerve agent, to show that it can silence anyone, anywhere. I believe this episode was meant to be a private missive, delivered in public to ensure receipt.

The bungled political assassination crossed a bright line in international politics. The chemical weapon not only gravely injured the spy but also his daughter, breaking the rules that usually govern Russian retribution.

More than 100 British citizens were exposed to the toxin, and one young policeman was severely injured. Theresa May refers to it as “the Salisbury incident,” highlighting the violation on British soil.

Until this point, President Putin, or perhaps more correctly, his proxies, had gotten away with intervention in the Brexit vote and French and U.S. elections. Sanctions imposed after the annexation of Crimea did not deter Russian intervention in Ukraine, either.

Aggression that went too far

The Skripal attack led the British government, working with allies, to confront the Russian narrative of Western aggression and conflict escalation that has stymied international reprisals to similar actions.

The expulsion of staff and the closing of the U.S. Consulate in Seattle imposes significant costs on the Kremlin. It demonstrates a willingness by Western states to absorb the costs of Russian retaliation. These actions constitute a measured and contained response to violations of international law.

Rather than focus on the risk of increasing Putin’s support at home, the coordinated response is focused on clarifying the rules of international engagement.

While the Western allies claim that diplomatic expulsions by 27 countries is the largest in history, it was not as large as it could have been. The Western response does not target the diplomatic core that could provide the basis for cooperation. It is carefully aimed at known intelligence officers.

Taken outside of formal channels such as the United Nations, the coordinated expulsion also pre-empts a second common Russian tactic: the manipulation of formal international agencies to render them ineffective in punishing Russia or its proxies.

While Russian officials continue to declare their outrage in the face of accusations and step up their own Cold War rhetoric, the regime’s response was also measured.

Russia opted to close the United States’ Consulate in St. Petersburg and the Russian branch of the British Council, which is the U.K.‘s cultural and educational organization that operates in countries around the world. The United States and United Kingdom quickly announced that they will not take retaliatory actions. French President Emmanuel Macron, who joined the coordinated action, announced that he will still visit Russia in May.

US approach in flux

It is unclear if this episode signals U.S. resolve to reestablish international norms and place limits on Russian intervention.

United States support for multilateral action came at a time when the State Department is in transition and the national security team is in flux. The timing of the action suggests that while it may reflect John Bolton’s advice to take a stronger line against Russia, this measured policy was designed by outgoing national security adviser Lt. Gen. H.R. McMaster.

In the same period, Trump remained inconsistent on Russia. He announced the U.S. response to the Salisbury incident. But, he also defied his advisers and congratulated President Putin on his victory in an election that was likely fraudulent.

Yet, if this coordination is the beginning of a consistent strategic approach to Russian aggression, it marks an important step in decreasing global uncertainty about what moves Russia will take next.

Left unchecked, Putin will continue to create chaos to cement support at home. But faced with real costs in response to its actions, the risk-averse Russian leadership may be willing to change course again and re-engage with the West in order to focus on its economic and political challenges at home.

Coordinated response will not start a new Cold War between Russia and the West. It will restore guidelines and common expectations about future behavior in a more complex international system than existed during the Cold War.