Healthcare in US costs 2x as much as other rich nations 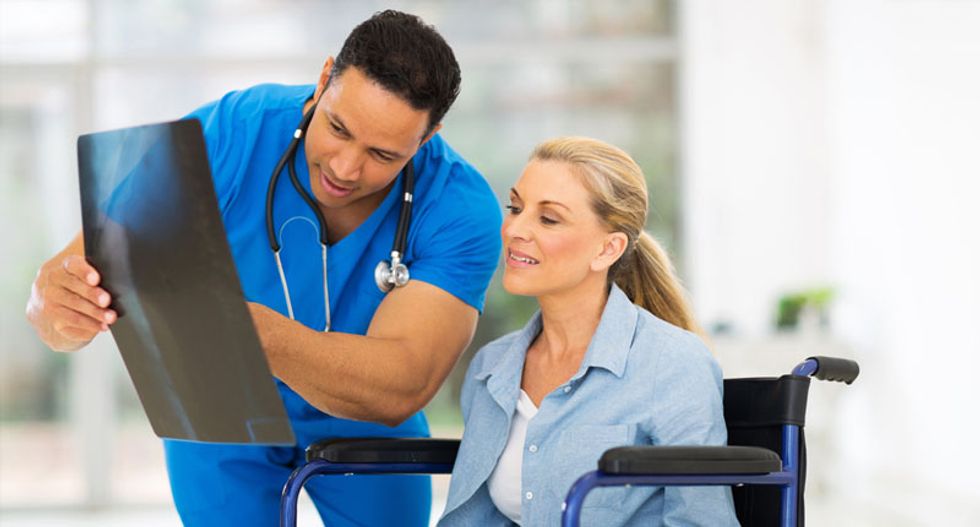 Doctor with a patient (Shutterstock)

The United States spends almost twice as much on healthcare as other rich nations, largely because everything from drugs to devices to doctors' pay simply costs more, researchers said Tuesday.

The study by researchers at Harvard University and the London School of Economics disputes the long-held belief that US costs are high because patients see doctors too often or otherwise abuse the healthcare system.

"The reasons for these substantially higher costs have been misunderstood," said senior author Ashish Jha, professor of global health at the T.H. Harvard Chan School of Public Health at Harvard University.

"These data suggest that many of the policy efforts in the US have not been truly evidence-based."

The study in the Journal of the American Medical Association (JAMA) compared the US health system to 10 other high-income countries -- Britain, Canada, Germany, Australia, Japan, Sweden, France, Denmark, the Netherlands, and Switzerland.

Researchers used data from 2013-2016 on about 100 metrics that underpin healthcare spending, and confirmed what experts have long known -- that the United States "has substantially higher spending, worse population health outcomes, and worse access to care than other wealthy countries."

The reason? Prices are higher for nearly everything in the United States.

For example, administrative costs related to planning, regulating, and managing accounted for eight percent of total US healthcare costs, compared with a range of one to three percent for other countries.

Per capita spending for pharmaceuticals was also higher in the US -- about $1,443 compared with a range of $466 to $939 in other nations.

Common brand-name medicines were often double the price seen in other nations.

Researchers also pointed out many myths regarding why US health care is so pricey.

Despite beliefs to the contrary, "the US has lower rates of physician visits and days spent in the hospital than other nations," said the report.

Nor is the quality much lower than in other countries.

America has "the best outcomes for those who have heart attacks or strokes, but is below average for avoidable hospitalizations for patients with diabetes and asthma," said the report.

Fewer people in the United States are insured -- 90 percent, compared to other countries which ranged from 99-100 percent.

But overall spending is far higher. The United States spent 17.8 percent of its gross domestic product in 2016 on healthcare.

Meanwhile, US life expectancy in the US was the lowest of all 11 countries in the study, at 78.8 years.

"As the US continues to struggle with high healthcare spending, it is critical that we make progress on curtailing these costs," said first author Irene Papanicolas, visiting assistant professor in the Department of Health Policy and Management at Harvard.

"International comparisons are very valuable. They allow for reflection on national performance and serve to promote accountability."