AM Joy panel mocks Trump’s inability to hire lawyers: Nobody wants to work with ‘Yosemite Sam and My Cousin Vinny’ 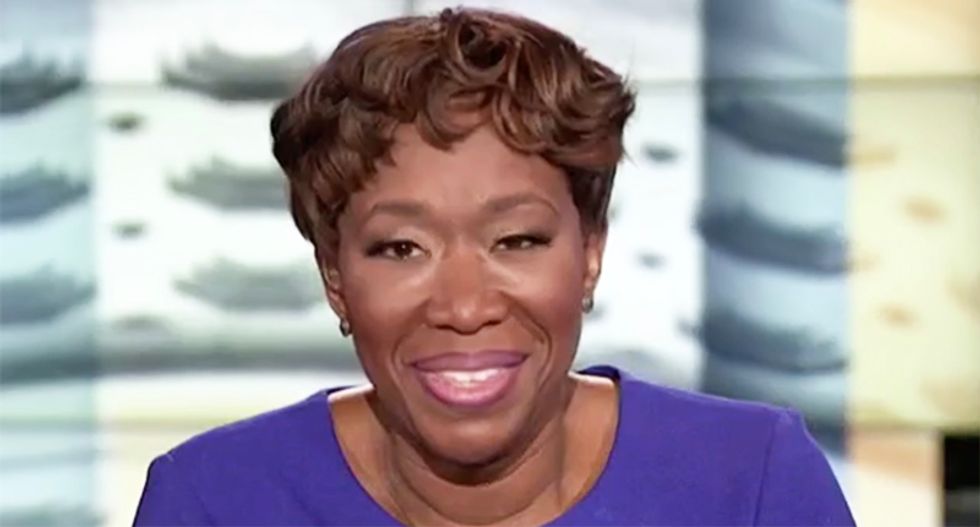 Reacting to President Donald Trump dismissing two attorneys, more famous for their conservative bomb-throwing on television than for their legal chops, before they could even pitch in to help with the president's legal travails, AM Joy host Joy Reid mocked Trump's inability to find representation that will stick around.

Earlier in the week Trump's personal lawyer, John Dowd, bailed on the president, reportedly differing with the president's desire to sit down with special counsel Robert Mueller. Following Dowd's departure, the president announced that he had retained the services of former Fox pundit Joe diGenova and his wife, Victoria Toensing -- which came to an abrupt end on Sunday morning when another of Trump's lawyers said they weren't coming onboard due to unspecified "conflicts."

Adding to the chaos, hours before the announcement of the departures, Trump was boasting on Twitter that lawyers are beating down his door to represent him because of his "fame and fortune."

With one report calling the departure of the diGenova and Toensing the result of "bad chemistry" with Trump, host Reid asked Georgetown law professor Paul Butler why Trump is having difficulties hanging on to lawyers.

"Would you represent Donald Trump?" he asked rhetorically. "The answer for most of us is no, and not because of potential criminal exposure. We lawyers actually like that kind of thing. It's because he has horrendous judgment on his own and he doesn't listen to lawyers. So, again, the go-to lawyers in D.C.? Frankly, these two lawyers are not on that list, so, I don't know who he is going to represent him on these very serious charges."

"Not for this kind of white collar crime," Butler added. "They're lawyers who had their day a while ago. They're pundits -- not that there's anything wrong with being a lawyer pundit."

National security analyst Malcolm Nance then jumped into the fray.

"He [Trump] cannot be trusted to say what a lawyer coaches him to say when he comes into the witness box," Nance explained. "He has his own way of wanting to dominate the scene. First thing he does is, he lies just right out of the box, then he tries to dissemble. And then he uses some other form of disinformation. Finally he does this arrogant confession at the end of it. What lawyer would want to have to handle that?"

"Between him hiring Yosemite Sam and My Cousin Vinny, it's amazing that he's going to get anyone to work for him," Nance quipped.

"Who else are Donald Trump and his folks talking to? Because he's running out of people to call in Washington, D.C," Reid remarked.