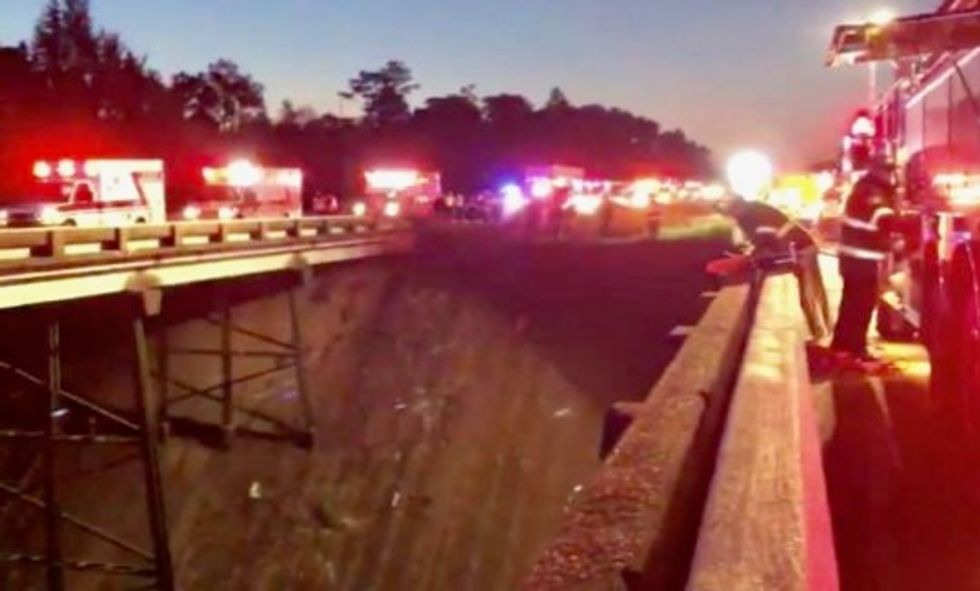 Emergency service vehicles gather on Interstate 10 at the scene of a bus crash in Baldwin County, Alabama, U.S., March 13, 2018 in this still image obtained from social media video. Jesus Tejeda via REUTERS

At least one person was killed and many were injured on Tuesday when a bus carrying high school students plunged into a ravine off the side of an interstate highway in Baldwin County, Alabama, the sheriff’s office said.

The chartered bus, one of two that was carrying the students back to Houston from Florida, fell into a ravine about 30 to 40 feet (9 to 12 meters) deep, according to Baldwin County Sheriff’s Office spokesman Major Anthony Lowery.

“There’s at least one confirmed fatality at this point,” Lowery said by telephone.

The injured passengers were taken to hospitals by helicopter and ambulance, Lowery said. He said he did not know how many passengers were injured, but said they were“numerous.” Local news media put the number at 12 to 20.

The accident happened around 5:30 a.m. CDT (1030 GMT) on Interstate 10 between Mobile, Alabama, and Pensacola, Florida, Lowery said. No other vehicles appeared to have been involved, he added.

The accident’s cause was under investigation by the Alabama Law Enforcement Agency, Lowery said.