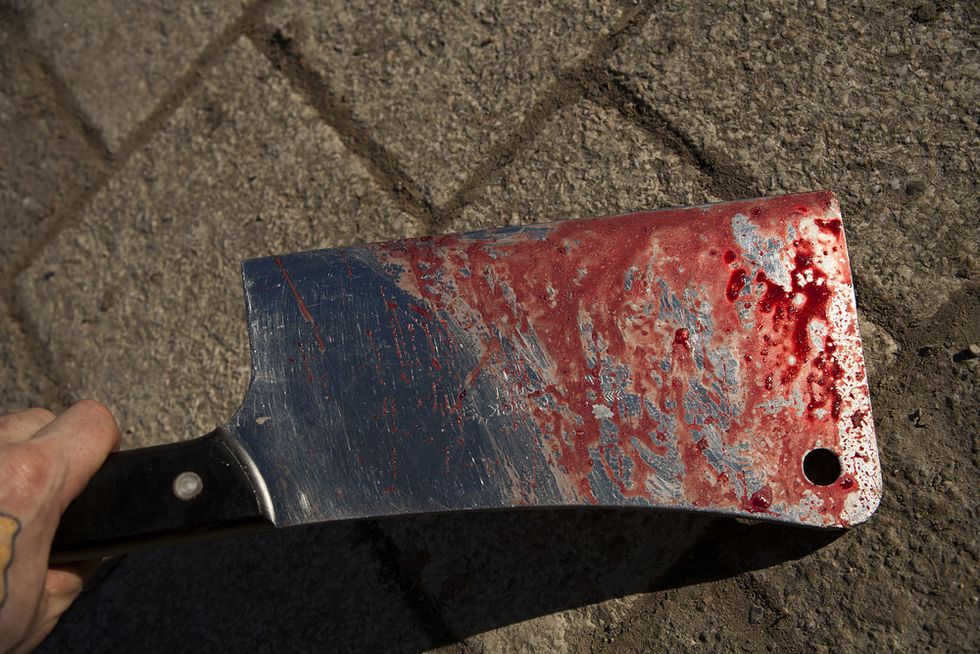 Image of a bloody knife (Shutterstock.com)

A butcher surrendered to police and is being held on attempted murder charges after admitting to police he chopped the right hand of his 18-year-old son for watching pornography on his smartphone, the Hindustan Times in India reports.

The son fled their home, but returned home late in the night.

Police said that the next morning, "both father and son quarreled on the same issue again."

"In a fit of anger, Qayuum picked up the butcher’s knife and chopped off Khalid’s right hand," police continued. "Hearing the son’s screams, the other family members came and immediately took him to a nearby hospital, where the doctors said the hand was 90% severed and the chances of restoring it are bleak.”