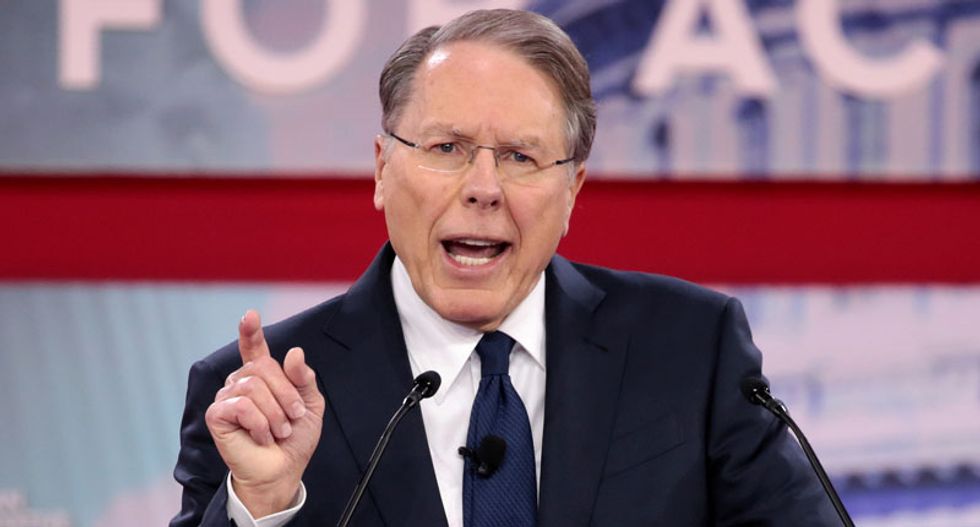 The National Rifle Association has hit more turbulence since 17 people died in the shooting at Marjory Stoneman Douglas High School in Parkland, Florida, than the nation’s biggest gun advocacy group is accustomed to after such tragedies.

Anti-NRA memes implying that the nonprofit abuses its tax-exempt status went viral. A petition calling on the authorities to audit the group and consider revoking its exemption circulated. At least 10 companies dropped the special deals they used to offer its millions of members amid widespread concern about the NRA’s role in squelching gun control and a growing interest in how the group operates.

As a law professor who teaches and writes about tax-exempt organizations, I would like to explain how the NRA retains its nonprofit status despite the vast amount of influence it exerts over politicians.

The NRA is actually a bundle of organizations. The largest one, in terms of how much it spends, is the National Rifle Association of America. Originally formed in 1871, this NRA branch claims to have about 5 million members, although some investigative reporters question that assertion.

It has operated as a social welfare organization since 1944.

Like public charities, these groups, are exempt from taxation on the money they take in. Also known as 501(c)(4), based on language in the tax code, they differ from public charities in a few ways.

Like charities, social welfare groups must spend all their revenue on work tied to their mission or shoring up their endowments. They can’t, in other words, distribute any profits left over after paying their bills to their leaders, their funders or anyone else.

In 2016 this social welfare group raised almost US$337 million in revenue, with about half coming from membership dues. The rest largely came from its media operations, donations and grants. It draws a growing share of its income, reportedly, from gunmakers rather than gunowners.

The NRA also runs a political action committee, the NRA Political Victory Fund, through which it backs electoral candidates.

The NRA’s political spending more than doubled between the 2012 and 2016 electoral cycles, rising to

$54.4 million, according to the Center for Responsive Politics, a nonpartisan group that tracks the money reported to the government in federal elections. About $31 million of that sum supported Trump’s candidacy.

The gun group’s lobbying arm, which is technically a division of its social welfare group, spent more than $5 million in 2017, actively seeking to influence politicians or public officials regarding specific policies or pieces of legislation. It roughly tripled those expenditures in the last decade.

Like thousands of churches, universities, museums and advocacy groups of other stripes, these are 501(c)(3) groups. That means they are excused from paying taxes on most of their income. In addition, their donors may get tax breaks when they deduct the value of their gifts to charities from their taxable income. To maintain that coveted incentive, these nonprofits can’t endorse or oppose political candidates. They also can’t do more than minimal amounts of lobbying.

What do the NRA’s charities do?

The NRA Foundation does public outreach to promote marksmanship and gun safety through grants to shooting programs run by everyone from the Boy Scouts to local police departments. It also advocates for protecting the constitutional right to bear arms, as does the NRA Freedom Action Foundation.

The NRA Civil Rights Defense Fund provides legal and financial aid to people and groups dealing with lawsuits related to the NRA’s goals, and backs legal research on federal and state constitutional provisions that have to with guns.

The NRA Special Contribution Fund, focuses on marksmanship and firearm safety, and operates the Whittington Center in New Mexico, a vast shooting range.

Common but with a caveat

This multilayered structure isn’t unique. For instance, the Sierra Club, a social welfare organization that advocates for environmental protection, is affiliated with the Sierra Club Foundation, a charity. The American Civil Liberties Union, a civil rights group partners with the ACLU Foundation and Planned Parenthood Federation of America, a charity that runs reproductive health care clinics, is affiliated with the Planned Parenthood Action Fund, a social welfare group that lobbies.

This arrangement helps charities preserve donors’ tax breaks without sacrificing the ability of their affiliated membership groups to engage on the day’s issues. Taken to its logical extreme, however, this dynamic can flout restrictions on what the government defines as legitimate charitable gifts.

Without such limits, what’s to stop me or anyone else from getting tax breaks for donations that will pay for lobbying? I could give it to the charity of my choice, which in turn could hand my dollars to its related social welfare organization. I’d get my tax deduction, and the group that supports my policy preferences could use the money I donated for lobbying.

The IRS prohibits these financial switcheroos. While charities may contribute to their affiliated social welfare organization, both parties must keep records that prove the charitable gifts don’t fund lobbying or political candidacies.

The NRA Foundation made a nearly $20 million grant to the National Rifle Association of America, in 2016. But that did not necessarily flout any tax laws.

Still, the NRA may sometimes let donations flow too freely between its affiliates, as Yahoo News has reported, in ways that violate federal electoral laws.

Running so many different kinds of organizations, each subject to different rules, is an immense and difficult undertaking. It’s worth keeping an eye on the NRA to ensure that it manages to stay within the lines the law has painted.