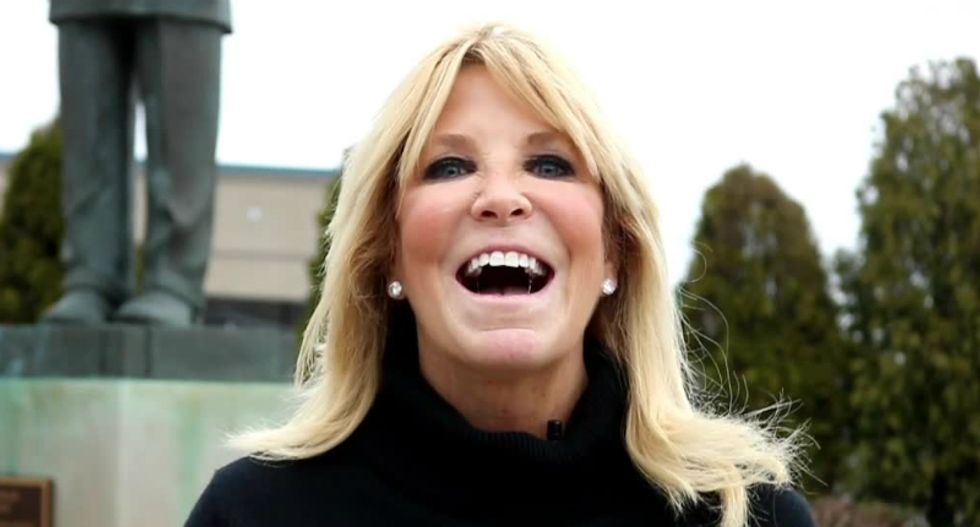 Republicans vying for the Ohio GOP's nomination for a crowded Statehouse race are criticizing candidate Sara Carruthers for a past social media statement they say proves she's not really "pro-life."

Ohio's Journal-News paper reported Friday that Carruthers' fellow Republicans are up in arms because she's endorsed by the Ohio Right to Life PAC but claimed in 2016 to "totally support LBGTQ and abortion at a reasonable time of pregnancy."

“From her Facebook post, which was written in 2016, she states her position on abortion,” Greg Jolivette, one of Carruthers’ Statehouse opponents, told the newspaper. “It appears her position changed, and I believe the voters will have to decide for [themselves] if she changed it for a matter of convenience or not.”

Carruthers' post, which according to screenshots was written in late December 2016, appeared to be aimed at addressing political difference among her network.

"Here’s my deal folks," the screenshot of the 2016 post read. "I really like seeing pictures of you and all your families and sharing in your joys, concerns and sorrows. I am a middle of the road conservative in my politics, and actually am pretty familiar with politicians from both parties. I totally support LBGTQ and abortion at a reasonable time of pregnancy. Those of you that truly know me, know that."

Lori Viars, who is a treasurer with Ohio's Warren County GOP, reportedly shared Carruthers' post and said she's seen candidates pretend to be pro-life before.

"I’d like to say I was shocked, but it’s happened multiple times with Ohio Right to Life endorsees,” she wrote in a post sharing the screenshot. “I’m more concerned about that Ohio Right to Life often endorses candidates that are less pro-life, and that happens all over the state."

Viars went on to write that Carruthers is "pro-abortion" and that the Ohio Right to Life PAC "cannot be trusted."

Todd Hall, the chairman of the Butler County GOP, stood by their endorsement of Carruthers.

“It has come to my attention that the endorsement of Sara Carruthers by the Ohio Right to Life PAC has come under fire from certain individuals," he said. "I am pleased with the commitment she has made to the race for state representative, especially a first-time candidate, by studying the issues in such an in-depth manner."

“I applaud the Right to Life for having the conviction in join the Butler County Republican Party in endorsing Sara Carruthers," Hall continued, "and strongly support a caring and compassionate conservative that will represent Butler County with honor and distinction.”