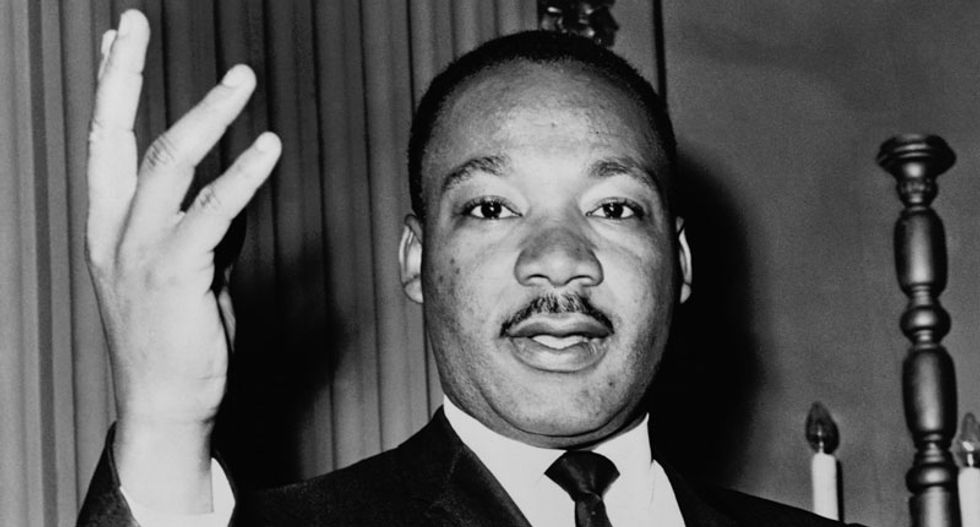 Bobby Doctor understood the movement came with peril. Eagerly, he dodged fists and boots while integrating lunch counters; he negotiated angry mobs as he marched in streets. But it was only after he joined the U.S. Civil Rights Commission as a field representative in Memphis that he sensed the presence of another foe – the nearly invisible yet unyielding opposition of his own government.

Investigated by the FBI from 1968 to 1969 as a security threat, Doctor nearly lost his livelihood. Though he would serve a distinguished, 40-year career with the commission, most of it as its Southeastern director, his job fell in jeopardy early when agents accused him of associating with suspected subversives.

“It shows how dirty, how rotten, how filthy they were,” Doctor told me in retirement. “I’ll admit I was very close to the militant movement in Memphis. But I was also close to the traditional leadership. I tried to bridge the gap.”

Doctor learned early on of the FBI’s antipathy. But it wasn’t until decades later following a long-running newspaper investigation I headed that he learned the identity of a key informer – Ernest Withers, an extremely personable freelance news photographer who enjoyed unusual access.

In my upcoming book, A Spy In Canaan: How the FBI Used a Famous Photographer to Infiltrate the Civil Rights Movement, I reveal how Withers worked from 1958 to 1976 as a paid informant, operating for a time under a code number, ME 338-R, as he helped cleanse the movement of Communists, “extremists’’ and “subversives.’’ Driving these investigations were J. Edgar Hoover’s obsessions with black America, Cold War fears of insurrection, and, later, the riots and unrest that shook urban America in the mid- to late-1960s.

Withers reported Doctor’s attendance at meetings and social gatherings, contending he harbored sympathies for the Black Power movement’s more aggressive tactics. He told the FBI he’d seen Doctor at a march in the company of a woman, handing over a photo – an image the FBI used to insinuate he was having an extramarital affair. The woman “is married as is Doctor, yet they were holding hands,’’ Withers’s handler, FBI special agent William H. Lawrence, wrote after debriefing the photographer.

Unearthing this buried history required years of detective work and a costly Freedom of Information Act battle. A retired agent confidentially told me of Withers’s snooping back in 1997. But it wasn’t until Withers died in 2007 at age 85 that the story began taking shape. Filing a FOIA request, I accessed records from a 1970s corruption probe of Withers. After the civil rights era waned, he’d gone to work as a state liquor agent and got caught up in some venal political schemes. Records included a 1977 background report stating “Ernest Columbus Withers was formerly designated as ME 338-R.’’ This was the first confirmation of my source’s earlier tip – Withers’s informant code number, a unique identifier. It was an incredible development – but it said nothing about what Withers did for the FBI.

I needed more records. I focused on two bulky files released through FOIA in the late seventies: the FBI’s investigation of the volatile 1968 Memphis Sanitation Workers Strike and its long-running probe of the Invaders, a homegrown Black Power group – about 7,000 sheets of paper.

Soon, I got hits. Just as the FBI failed to redact Wither’s code number in the report released to me, it had failed repeatedly in the documents released thirty years earlier. As ME 338-R, Withers reported a “power struggle’’ within the sanitation strike’s leadership, valuable intel for agents determined to contain the marching and agitation. He informed extensively on movement icon Rev. James Lawson, telling of the militant pastor’s plans to coach young men to dodge the draft, of a trip he’d planned to communist Czechoslovakia—even a sermon he preached that seemed to question the virgin birth of Christ. He relayed details on the strike’s financial support – leaders raised $347,705, funneling some funds to Black Power militants.

This resulted in a breakthrough, seven-page narrative in my newspaper, The Commercial Appeal, in September 2010. We fleshed out additional details that fall after Lawrence’s daughter shared the late agent’s handwritten notes. Still, the FBI refused to cooperate. We wanted Withers’s informant file. We eventually sued. The bureau fought us, denying any connection to the photographer. It seemed at first the Bureau might prevail.

Relying on a Reagan-era law exempting informant records from FOIA, the government pretended it had nothing on Withers. But the strategy backfired. The law says an informant’s records aren’t subject to FOIA unless the government first “officially confirms’’ him as an informant. We argued the FBI had done just that when it identified Withers as ME 338-R in its FOIA release. A judge agreed. The FBI was forced to acknowledge in court that Withers had worked for the agency for nearly two decades as a paid informant.

The ruling led to a mediated settlement. The government agreed to pay $186,000 of our legal fees and release a mother lode of records spelling out the details of Withers’s long FBI collaboration – records that form the foundation of my book.

“I’m not mad at Ernie,” Doctor said after learning of his friend’s informing. Instead, he focused his anger on his old nemesis, the FBI.

“Now, don’t misunderstand me. I was doing a lot of things in Memphis. But none of what I was doing was illegal. And I’ll go to my grave saying that. Now, a lot of what the FBI did was illegal.”

Marc Perrusquia is journalist for The Commercial Appeal, the daily newspaper in Memphis, Tenn., where he has worked the past 29 years.  He is the author of A Spy in Canaan: How the FBI Used a Famous Photographer to Infiltrate the Civil Rights Movement (Melville House, March 2018).