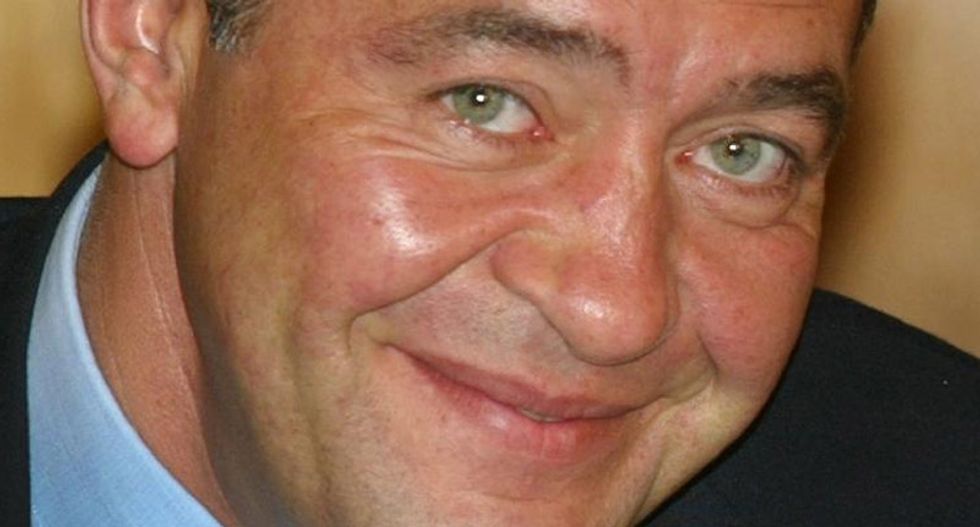 Mikhail Lesin, who helped launch the Russian English-language television network RT, was found dead in a Washington hotel in November at the age of 57 (AFP Photo/Alexander Nemenov)

The death of Vladimir Putin’s former media czar Mikhail Lesin was found to be an accident when the U.S. government investigated. However, former British spy Christopher Steele disagrees.

BuzzFeed revealed another report from the infamous Trump dossier creator, which said Steele sent the FBI his report while investigators were helping the DC Metro Police investigation into the Russian man's death.

It is also now known that the death came the evening before a meeting was scheduled with the Justice Department. It was planned that the DOJ would interview Lesin "about the inner workings of RT, the Kremlin-funded network that he found," BuzzFeed reported.

The report alleges four sources confirmed Lesin was actually beaten to death by "enforcers working for an oligarch close to Putin." They had been told "to beat Lesin, not kill him, but they went too far." Three sources also described those who allegedly killed him as "Russian state security agents moonlighting for the oligarch."

The FBI refused to comment or confirm anything about the story, however, it was found that Steele's information was not the only source. At least three other people acting of their own accord told the FBI Lesin had been beaten to death by "enforcers working for the same oligarch named by Steele."

His body was found in a DuPont hotel room the morning of Nov. 5, 2015. Medical examiners ruled he died of blunt force injuries to the head, neck, torso, upper extremities and lower extremities. After 11 months, a federal prosecutor said he died after several drunken falls.

In December, Washington, D.C. police gave the press access to 58 pages of their case on Lesin's death. Many parts are censored but what was released showed nothing about blunt force injuries that the coroner ruled killed him.

Federal prosecutors used a grand jury to call witnesses to testify about what they saw. The grand jury was unknown until documents were released after a Freedom of Information Act lawsuit from BuzzFeed. More than 150 pages of testimony and transcript was generated from the case.

Two other law enforcement officers with knowledge of the case are investigating it as a murder, despite what the U.S. government had decided.

“It’s really hard to imagine that it was an innocent death,” said former CIA intelligence officer John Sipher, who worked for years on Russia matters. “Everybody I know who’s a professional and dealt with Russia — the immediate assumption is that he was murdered.”

Russia is already under fire after former Russian spy Sergei Skripal and his daughter were poisoned. President Donald Trump expelled 60 Russian agents this week after the U.K. took swift action. Other countries across Europe and North America have followed.