'Right to try' bill advances in US 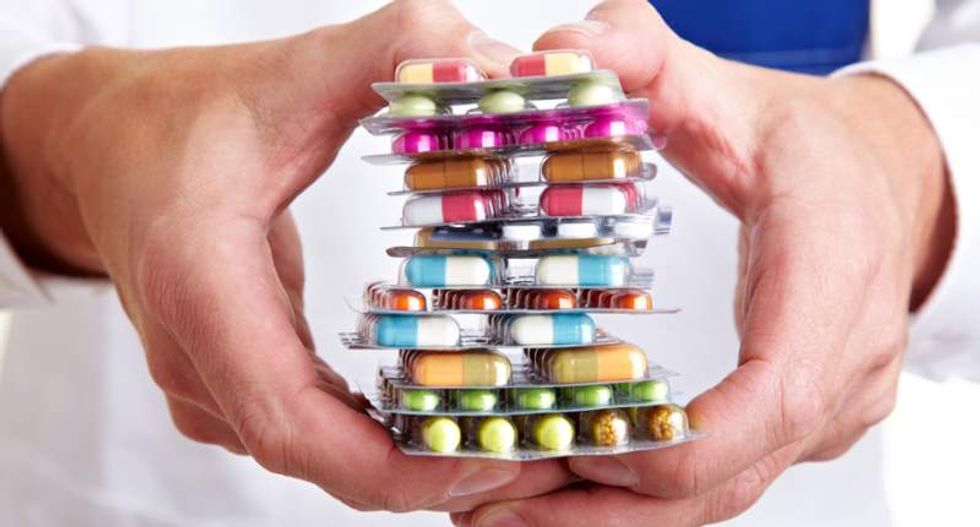 Faced with certain death, what do patients have to lose by trying experimental drugs that have not been approved for the market?

It could be a child with a rare form of muscular dystrophy. A young woman ravaged by colon cancer. Or a grandfather trapped in the slow decline of Lou Gehrig's disease.

Drugs that are already on the market -- if they exist -- no longer work for them. They want to take part in a clinical trial but can't, either because they are too sick, too young, too old or too far away.

It is this desperate population that lawmakers -- both Democrat and Republican in 38 of the 50 US states -- have been trying to help by adopting "right to try" laws for experimental treatments that may be given outside of clinical trials.

The cause is so popular that President Donald Trump and Vice President Mike Pence have put all their weight behind it, and Tuesday the House of Representatives is scheduled to vote on establishing a national "right to try" law.

But doctors and groups representing patients with rare diseases say the law would create false hope and would change nothing in reality.

Today, doctors can already ask pharmaceutical companies to give them an experimental drug for compassionate use, as long as it has passed the initial safety steps in clinical trials that show it is not toxic or life-threatening.

It's unclear how many drug companies comply, but the US Food and Drug Administration approves such requests in 99 percent of cases, usually in a matter of days.

Every year, about a thousand patients take advanced of this "expanded access" program offered by the FDA.

"People have been helped, yes, but it is unusual," Arthur Caplan, director of medical ethics at New York University's school of medicine told AFP.

"Most drugs fail in research," he said.

The proposed law would not actually create a "right," since drug companies and research labs would remain the only ones to decide whether or not to share their treatments.

The difference is that the FDA would no longer have authority to approve or deny, but would simply be notified, particularly in case of serious adverse events.

"What they're creating is a right to beg, but we already have that. People do ask companies all the time."

The National Organization for Rare Disorders (NORD) said they are opposed because "the legislation still creates an unnecessary, less-safe alternative pathway that will not increase access to investigational therapies for our patients," said Paul Melmeyer, NORD director of federal policy.

Not to mention the fact that "a drug can make you die more miserably and can certainly make you die quicker," added Caplan.

Opponents and backers of the idea do agree on one thing -- not enough is being done by companies that are in a position to help.

Small laboratories, which drive therapeutic innovation, often don't have the means to manage individual requests for drugs in addition to their work in clinical trials.

When it comes to big pharma, they often fear that the death of a patient, even a very sick one, would lead to bad headlines, or a crackdown on the drug by health authorities.

The proposed law aims to encourage companies to participate by giving them legal immunity and stipulating that the FDA could not block any medication from the market if a patient outside a clinical trial dies trying it.

"We're trying to give companies a level of clarity and certainty that they can help someone under the Right to Try program, and the FDA is not going to shut their trial down if that person dies," said Starlee Coleman, senior policy advisor, Goldwater Institute, a libertarian think-tank that has driven the "right to try" idea.

She pointed out that the French system is more advanced that the US when it comes to exceptional uses of medications that are not yet on the market.

According to the latest report from France's National Agency for Medication Safety (ANSM), nearly 20,000 patients took advantage of individual authorization in 2016 in France, more than 20 times more than in the United States.