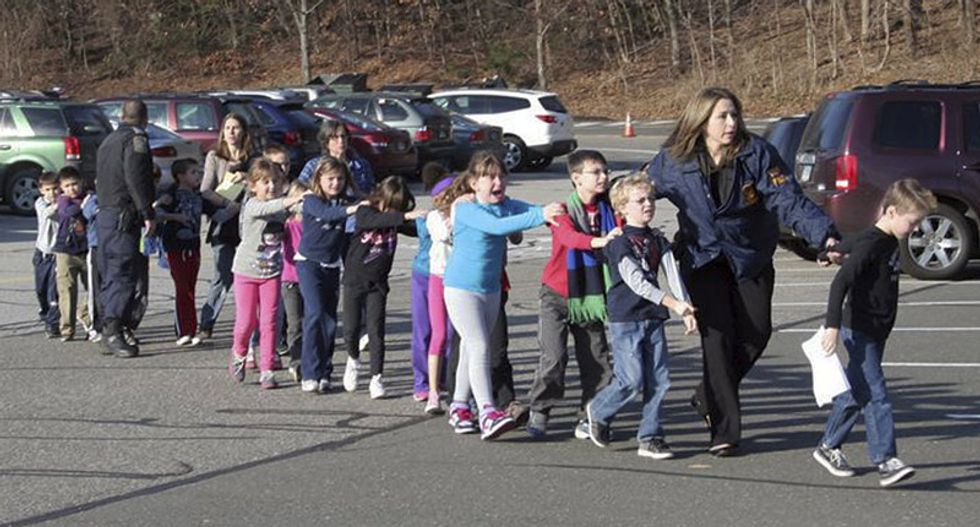 A grieving father whose child was killed in Connecticut’s Sandy Hook Elementary School massacre, frustrated by five years of inaction by U.S. lawmakers on gun control, said survivors of a Florida high school shooting are powering a “sea change” in public sentiment.

Mark Barden, whose son Daniel was among 20 first graders and six educators killed by a gunman in December 2012 at Sandy Hook Elementary School in Newtown, Connecticut, said his family will join the student rally dubbed March For Our Lives in the nation’s capitol on Saturday.

The event is spearheaded by students who survived the Feb. 14 mass shooting that killed 17 at Marjory Stoneman Douglas High School in Parkland, Florida. There will also be sympathy marches across the United States.

MSD student activists have said they will work to vote lawmakers out of office if they fail to pass gun safety measures, a paralysis the students blame on fear of the powerful gun lobby.

“Don’t forget, these kids are going to be voting soon. This is really a wave of sea change that we are witnessing,” Barden said.

While gun control advocates have called for restrictions on sales of assault-style rifles of the kind used in Parkland, gun-rights proponents argue that restrictions on law-abiding gun owners would not deter criminals. The right to bear arms is enshrined in the Second Amendment of the U.S. Constitution.

Barden wants to cheer on the students advocating gun safety but, at the same time, wants them to enjoy being kids and doing what kids do: go to the mall, concerts and school.

“They have to look over their shoulder now for a gunman to do those things,” Barden said. “They have to advocate for their own safety just to do the simple things they want to do to be kids. Maybe that’s the catalyst for realizing that this has to change.”