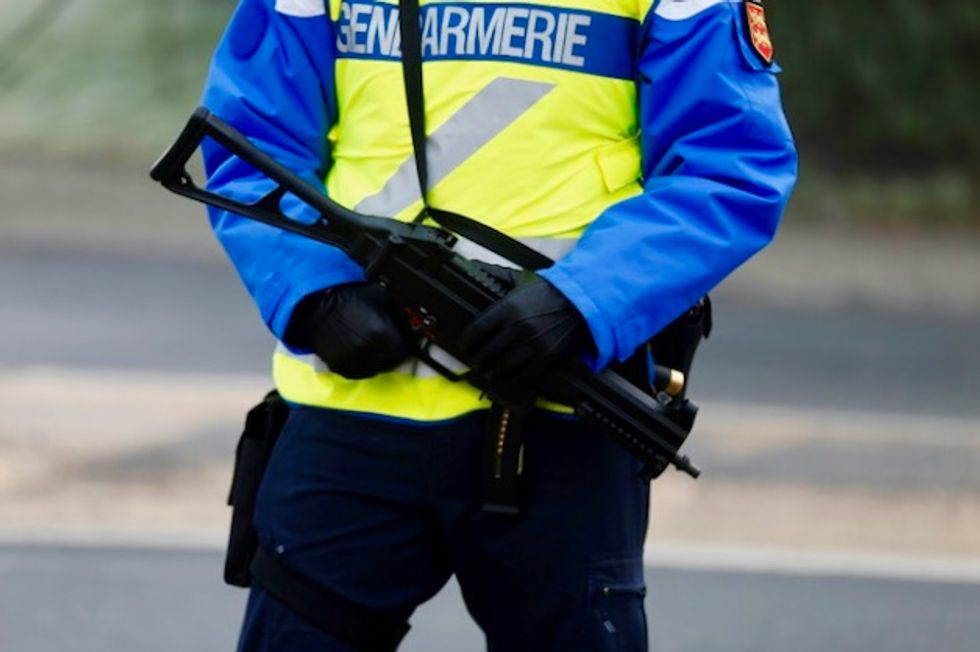 Three people were killed in southwestern France on Friday when a gunman held up a car, opened fire on police and then took hostages in a supermarket, screaming “Allahu Akbar”.

Police later stormed the supermarket in the small town of Trebes and the attacker was killed, Interior Minister Gerard Collomb told reporters at the scene.

The 26-year old attacker from the nearby city of Carcassonne, named as Redouane Lakdim, was known to authorities as a petty criminal but was not considered an Islamist threat, Collomb said, adding that he was believed to have acted alone.

More than 240 people have been killed in France in attacks since 2015 by assailants who pledged allegiance to Islamic State or were inspired by the group. Islamic State claimed responsibility for Friday’s attack but offered no details.

The last lethal attack in France was in October 2017 when a Tunisian-born man stabbed two young women to death in Marseille before he was shot dead by soldiers. Islamist State also claimed responsibility for that attack.

“Every day we detect facts and foil new attacks. Alas, this one struck without us being able to counter it,” Collomb said.

Lakdim first killed one person with a bullet in the head while stealing a car in Carcassonne, which is one of France’s top tourist attractions. He then shot at four police officers who were jogging before taking hostages at the supermarket in Trebes, about 8 km (5 miles) to the east, where two people died.

“We had monitored him and thought there was no radicalization,” Collomb said. “He was known for possession of drugs. We couldn’t have said that he was a radical that would carry out an attack.”

Five people were wounded in the attacks, including three seriously. Lakdim shot one police officer in the shoulder in Carcassonne, a walled hill top city which is a UNESCO World Heritage site.

Speaking in Brussels, President Emmanuel Macron said the incident appeared to be a terrorist attack. He then headed back to Paris, where he was filmed chairing a crisis meeting with ministers and security officials.

Witnesses said about 10 people in the supermarket found refuge in its cold storage room.

A lieutenant-colonel swapped himself in exchange for one of the hostages, Collomb said, adding that the 45-year-old had been seriously wounded.

One supermarket worker said some shoppers had escaped from the building after the gunman shouted “God is greatest” in Arabic. “I was in my department when I heard gunshots. I went to the area of the gunshots and came face to face with the person,” said the employee, who gave his name only as Francois.

“He raised his gun and fired, I ran away, he shouted ‘Allahu Akbar’ and spoke about the Islamic State. I then evacuated the clients, about 20, who were in my area and we went quietly out of the back,” said Francois, who has been employed at the supermarket since last November.

BFM TV reported that he claimed allegiance to Islamic State. Collomb said the man had demanded the release of Salah Abdeslam - the prime surviving suspect in the Islamic State attacks that killed 130 people in Paris in 2015.

Abdeslam, a French citizen born and raised in Brussels, went on trial in Belgium last month. He is accused of “attempted murder in a terrorist context” over a Brussels shootout in March 2016, four months after he fled Paris on the night of the carnage during which his brother was among the suicide bombers.

“THE THREAT IS EVERYWHERE”

France is part of a U.S.-led coalition fighting Islamic State in Syria and Iraq and has thousands of soldiers in West Africa fighting al Qaeda-linked militants.

In February, Collomb said French security forces had foiled two planned attacks so far this year as Islamic State militants set their sights on domestic targets in response to the group’s military setbacks in Iraq and Syria.

Despite Collomb’s comments, Le Parisien newspaper wrote that Lakdim, a man of Moroccan descent, was known to French DGSI intelligence services. Without naming sources, it said he was active on Salafist social networks.

He was also suspected, without any certainty, of having traveled to Syria, Le Parisien said, adding that the family flat, where he would have been living with his parents and three or four sisters, was raided by police on Friday afternoon.

“This is a small, quiet, town. Unfortunately the threat is everywhere,” Collomb told reporters in Trebes.

The medieval city of Carcassonne lies in the wine-growing region of Languedoc but this is also one of the poorest areas in France, with unemployment about three percentage points above the national average.

Nearby Beziers is one of the biggest cities controlled by the far-right, while the smaller Languedoc town of Lunel further east became a breeding ground for many French jihadists who traveled to Syria to fight.

Almost six years ago to the day, Islamist gunman Mohammed Merah killed seven people in the Toulouse region, about 90 km from Carcassonne. He was killed by security forces after a more than 30-hour stand-off.