Texas serial bomber made video confession before blowing himself up: police 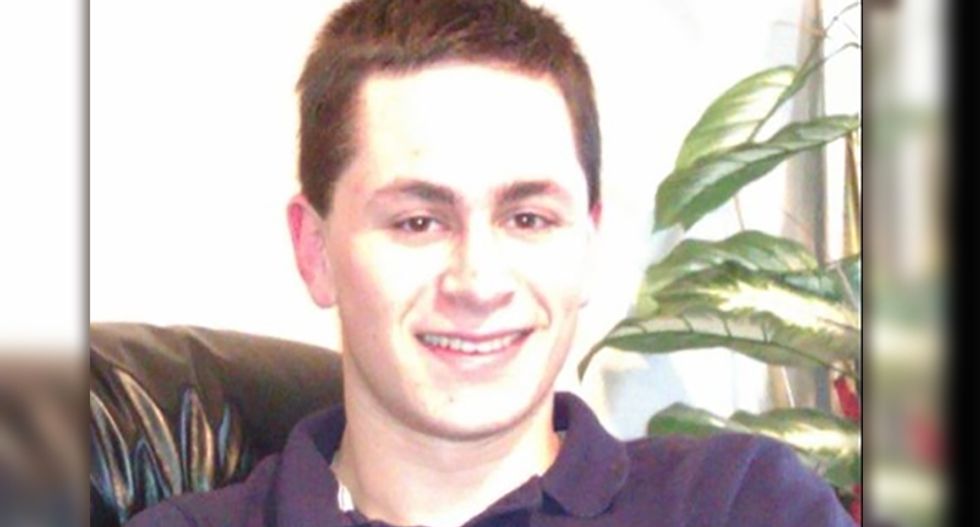 The serial bomber whose deadly attacks terrorized Austin, Texas, for weeks left a 25-minute video “confession” on a cell phone found after he blew himself up on Wednesday as officers closed in to make an arrest, police said.

Mark Conditt, 23, an unemployed man from the suburb of Pflugerville, detailed how he made all seven bombs that have been accounted for - five that exploded, one that was recovered before it went off and a seventh that he detonated as officers rushed his vehicle early on Wednesday.

But the video failed to reveal a coherent motive for the attacks spread over the past three weeks, police said.

“I would classify this as a confession,” Manley said.

Conditt, who had never before been in trouble with the law, killed two people and wounded five with a campaign of violence that began on March 2, authorities said.

Based on their search of the suspect’s home and his video statement, authorities said they felt confident that there were no other bombs and that the public was safe from further harm.

FBI special agent Christopher Combs said investigators believe the suspect would have continued his attacks had he not been apprehended.

Even so, the video gave no explanation for the individuals and addresses singled out as recipients of the bombs that were planted or shipped, Manley said.

Police previously said they had considered the possibility that the attacks were racially motivated, noting that the first several victims, including the two who died, were either African-American or Hispanic.

Conditt likely recorded the video between 9 p.m. and 11 p.m. on Tuesday. According to Manley, Conditt said he believed police “were getting very close to him,” and he was right. Authorities filed a criminal complaint and issued an arrest warrant around that time.

By Wednesday morning, police had tracked Conditt to a hotel and were waiting for the arrival of tactical units and equipment before they planned to make an arrest, Manley said. But then Conditt drove away.

Police followed and decided to stop him before he got on the highway. Just as officers approached the vehicle, the explosion went off, Manley said. There was also some police shooting.

“This can never be called a happy ending, but it’s a damn good one for the people of this community, the people of the state of Texas,” Travis County District Attorney Margaret Moore told reporters.

Residents in Austin, a city of 1 million people and a liberal enclave of university students and tech companies, voiced relief that the hunt for the serial bomber was over.

“I am going to be leery and extra careful tomorrow at work, but I feel relieved now,” said Jesus Borjon, 44, an employee of parcel delivery firm UPS, who lives in Pflugerville.

Austin was hosting thousands of out-of-town visitors for its annual South by Southwest festival of music, film and technology when the first bombings occurred.

The trail of clues leading hundreds of investigators to the serial bomber ranged from store receipts and fragments of booby-trapped packages to surveillance video of the suspect in a hat and wig.

“I wouldn’t call it a bomb-making factory, but there’s definitely components consistent with what we’ve seen in all these other devices,” Fred Milanowski, special agent in charge of Houston office of the Bureau of Alcohol, Tobacco, Firearms and Explosives, told reporters.

Investigators evacuated a four-block radius around Conditt’s house while they searched the home, which Conditt shared with two roommates who had been detained for questioning. Conditt moved in a year ago after leaving his parents’ home about a mile (1.6 km) away, public records showed.

One law enforcement official involved in the investigation but speaking on condition of anonymity told Reuters that some of the materials found in remnants of the bombs were traced back to where they had been sold.

The source also said investigators, once they had identified Conditt as a potential suspect, obtained a warrant to monitor his Google search history.

Surveillance video showed the suspect in a hat and a blond wig, as he prepared to ship one of two booby-trapped packages he was known to have sent through FedEx Corp’s delivery service, according to the source.

Conditt, who was home-schooled, described himself as a conservative but said he was not politically inclined, according to blog posts he wrote as part of a U.S. politics class at Austin Community College. He attended from 2010 to 2012 and had no record of any disciplinary actions, the school said.