Thousands on California coast ordered to leave ahead of possible mudslides 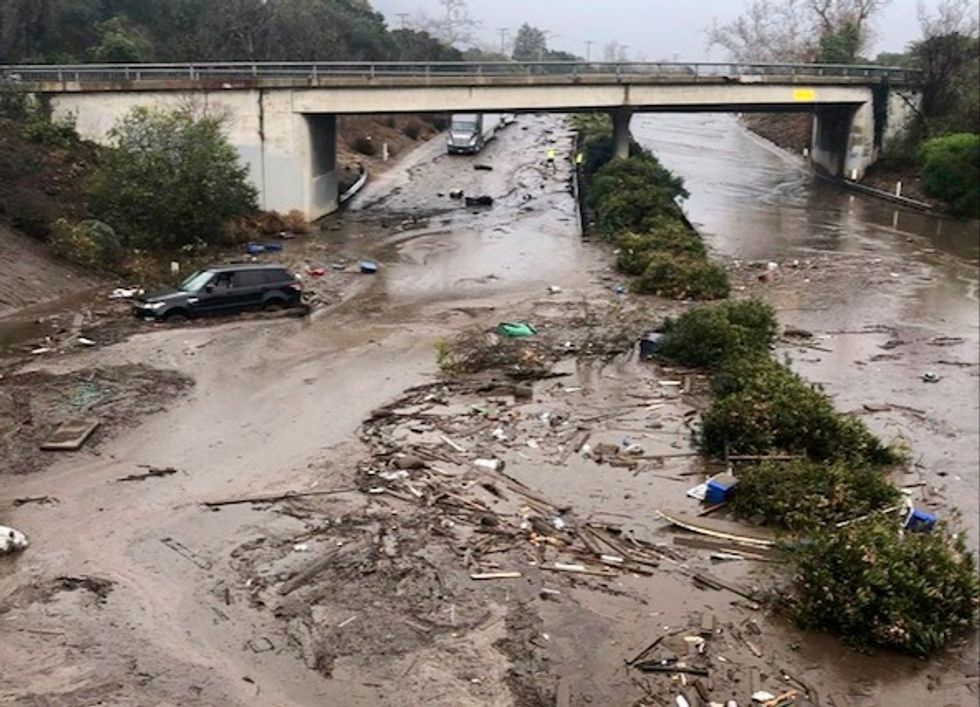 Authorities on southern California’s Pacific coast ordered thousands of residents to evacuate their homes on Tuesday to avoid possible mudslides caused by rain on hills denuded by wildfires of vegetation.

Santa Barbara County residents who live near the site of the Thomas, Sherpa and Whittier fires last winter were told to leave by noon, county officials said in a statement.

“We could experience localized flooding and road closures which are not isolated to the burn areas. The threat of rock falls, mud slides and debris flow is high,” said Rob Lewin, director of the county’s Office of Emergency Management.

The order is the latest for the affluent area northwest of Los Angeles this year as they heeded warnings about wildfires and then, weeks later, mudslides caused by torrential rains.

“Man, I SO do not want to evacuate again – – fifth time in four months!” said Robin LaFevers, an author who lives in the area, on Twitter early on Tuesday.

The storm could produce 5 to 10 inches (12-25 cm) of rain with downpours between 0.5 inches to 0.75 inches per hour from Tuesday to Thursday, the National Weather Service said.

The winter wildfires were the largest in California’s history. They left the scenic coastline vulnerable to mudslides because they burned grass and shrubs that hold soil in place and baked a waxy layer into the earth that prevents rainwater from sinking deeply.

Some 21 people were killed and dozens injured in mudslides on Jan. 9 after rain in and around the Santa Barbara County community of Montecito, 85 miles (137 km) northwest of Los Angeles.