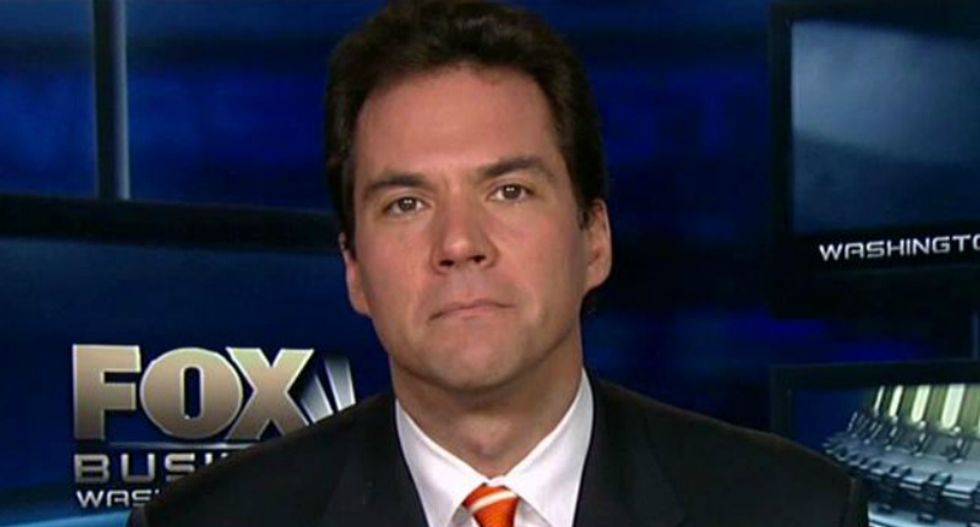 A GOP lobbyist investigating the murder of former DNC staffer Seth Rich hired a former Marine to help his endeavor — only to be assaulted and nearly killed by his old employee after the work relationship turned sour.

The Washington Post on Tuesday reported on the strange misadventures of one Jack Burkman, a conservative lobbyist tied to former Trump campaign deputy chairman Rick Gates.

Though police concluded Rich's murder likely took place during a botched robbery, Burkman — and many right-wingers, including Fox News pundits — believe he was killed as part of conspiracy. The case has led to numerous lawsuits, including one filed by Burkman in May 2017 and others filed by Rich's family seeking damages from the right-wing conspiracy theory's publication on Fox News.

Burkman hired Kevin Doherty, a former Marine and FBI special agent, in 2017 as part of his "Profiling Project" to help him investigate what happened to Rich when he was killed in 2016. Though Doherty initially did "good work," the Post noted, their relationship took a turn once he "began speaking to reporters out of turn and tried to take over the investigation."

Burkman proceeded to fire Doherty and send him a cease-and-desist last July — but it wasn't the last he saw of his former employee.

By February of 2018, the lobbyist was on to a new project investigating "wrongdoing in the presidential election," and put out a call for information that included a $25,000 reward.

He soon began communicating with a man who described himself as a senior FBI agent who said he had information on then-deputy FBI director Andrew McCabe, who was at the time still under internal investigation within the bureau for his handling of a probe regarding Hillary Clinton.

The source provided him with a packet of documents containing alleged internal FBI emails about the secretive Foreign Intelligence Surveillance Court that appeared convincing, and Burkman thought he "had the story of the decade."

The next document cache purportedly contained the unreleased inspector general report on McCabe, and was to be dropped in the same location as the first — underneath a construction cone at a hotel in Rosslyn, Virginia. Instead, however, Burkman was shot in the legs and buttocks, and then run over by an SUV when he attempted to run away.

The car's driver was getting ready to back up over Burkman again when the hotel's manager came running out, causing him to speed off. Police, however, managed to track the SUV to Doherty.

Despite Doherty being held in custody without bond, Burkman now travels with security during his recovery from the assault. He told the Post that his research into Rich's murder concluded the DNC staffer had been killed by a contract killer, "and he wonders if Doherty was working for someone else."

"This in my mind makes the whole Seth story stranger and stranger,” he said.