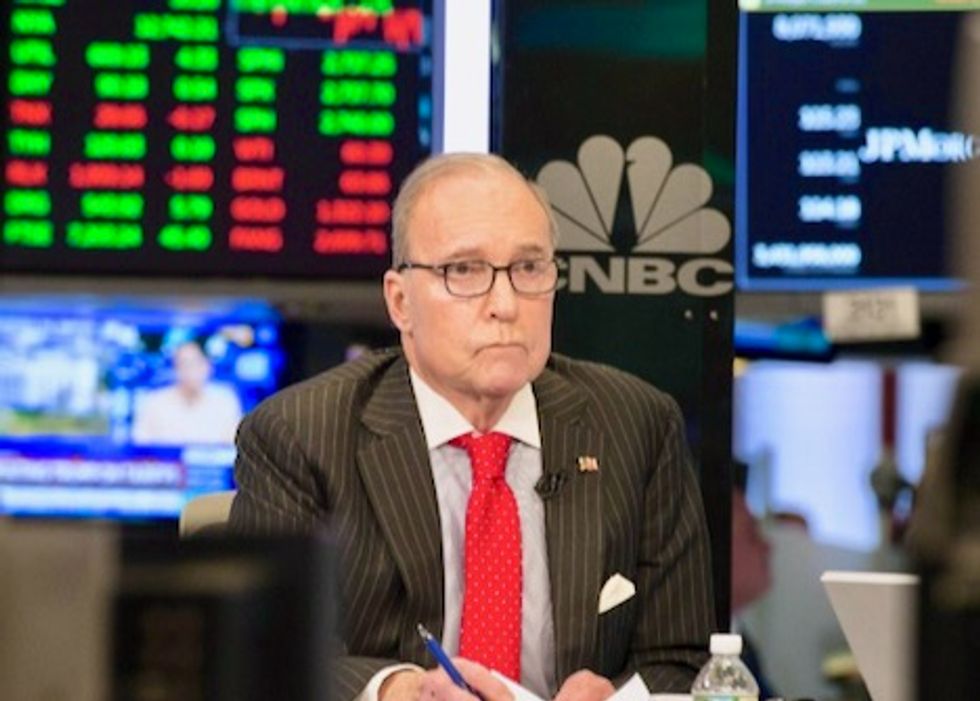 Like Cohn, Kudlow has a record of opposing import duties on steel and aluminum, but Trump said the TV pundit had "come around to believing in tariffs."

"I'm looking at Larry Kudlow very strongly. I've known him a long time," Trump said at the White House as he prepared to depart for California to view prototypes of a border wall, long a centerpiece of his immigration policies.

"Larry has been a friend of mine for a long time. He backed me very early in the campaign. I think he was one of my original backers. He's a very, very talented man.

"I'm also speaking to many others. But I think Larry has a very good chance," Trump added.

He also served as chief economist at the onetime investment bank Bear Stearns from 1987 to 1994.

Kudlow joined the cable business news network CNBC in 2001, where he has since featured prominently as a commentator and host, with an exuberant style and bullish, pro-free trade views.

Still, in 2007, on the eve of the global financial crisis, he told viewers there would be no recession in the United States.

Two years ago, Kudlow supported Trump's bid for the White House, favoring the Republican's campaign pledges to build a wall and cut taxes.

Married three times, Kudlow has acknowledged undergoing treatment for alcoholism and cocaine dependency in the 1990s.