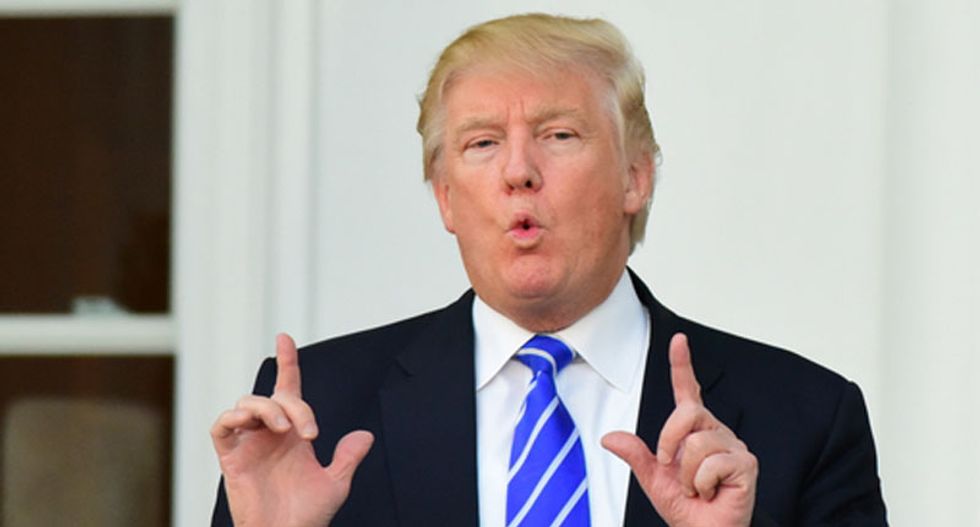 President Donald Trump on Monday said US Commerce Secretary Wilbur Ross will talk to EU representatives about lowering their tariffs and other barriers to US products.

Trump announced the talks on Twitter as a burgeoning trade row over new US tariffs on steel and aluminum heated up over the weekend.

"Secretary of Commerce Wilbur Ross will be speaking with representatives of the European Union about eliminating the large Tariffs and Barriers they use against the U.S.A. Not fair to our farmers and manufacturers," Trump tweeted.

At a campaign rally Saturday, Trump threatened to "tax" German cars if the EU does not lower its barriers to US goods.

The EU's top trade official, Cecilia Malmstroem, responded Monday by charging that trade was being used "as a weapon to threaten and intimidate us."

"But we are not afraid, we will stand up to the bullies," she said.

Top US and EU trade officials meeting in Brussels Saturday failed to overcome their differences, but Malmstroem said talks would continue this week.