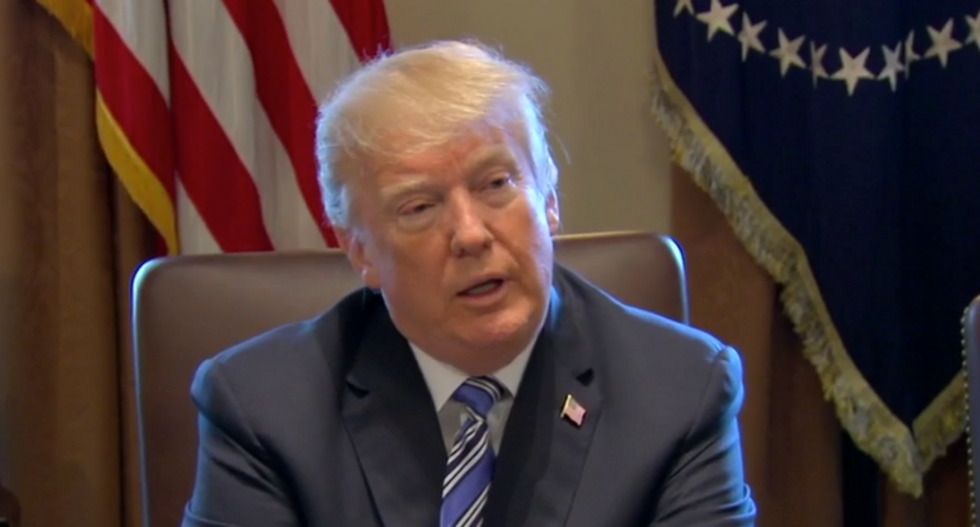 A farm lobbying group is spending $500,000 to air television ads on channels near U.S. President Donald Trump’s home in Florida to encourage free trade, with the group worried recent metal tariffs could result in retaliation against U.S. agricultural goods.

Farmers for Free Trade on Tuesday said it would run ads on programs the president is known to watch - including“Fox and Friends” and MSNBC’s“Morning Joe” in southern Florida where Trump’s Mar-a-Lago home is located. The ads will start this week and run for four weeks, including late March through early April when Congress is out of session and the president is more likely to visit Mar-a-Largo.

“Farmers are increasingly worried about what they are seeing from Washington D.C. on trade,” said Democratic former U.S. Senator Max Baucus of Montana, who is a co-founder of the Farmers for Free Trade coalition.“When the U.S. engages in a tit-for-tat fight with our trading partners, farmers pay the price.”

Trump last week signed import tariffs of 25 percent on steel and 10 percent on aluminum, with members of his own Republican Party worrying the move could result in retaliatory measures.

Chinese officials have said U.S. soybeans are a prime target for retaliation against the tariffs, according to the American Soybean Association.

Farm groups hold sway with Republicans and overlap heavily with Trump’s political base and are also pushing for the president not to exit the North American Free Trade Agreement (NAFTA).

The United States exported $138 billion in agriculture commodities in 2017 - which resulted in a surplus for agriculture goods, according to the U.S. Census.

The ad depicts farmers making a direct appeal to Trump.

“The crops that we grow here on this farm are exported across the globe. Policies that restrict trade would be devastating for farms like ours,” Montana farmer Michelle Erickson-Jones says in the 30-second ad.“Someday I’d like to pass the farm down to my boys. Mr. President, protect free trade and keep our agriculture economy strong.”

While Trump has already signed off on the tariffs, they could still be subject to changes and some countries could be exempted.

When Trump was on the brink of exiting NAFTA, Agriculture Secretary Sonny Perdue was credited with convincing Trump to remain in the pact by showing him maps of agriculture-heavy areas overlapped with maps of his election results.