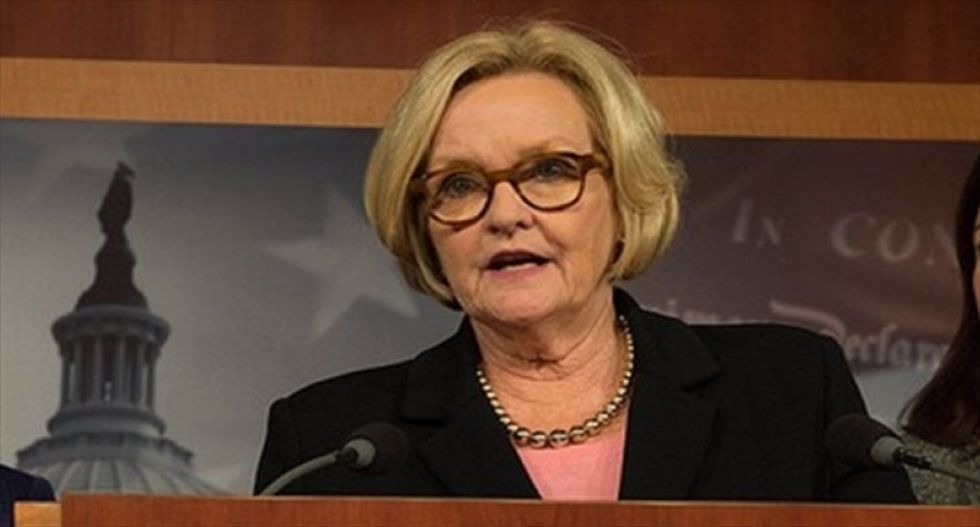 The US Senate overwhelmingly approved a bill Wednesday aimed at countering sex trafficking that allows victims of such exploitation to seek justice against website owners who knowingly promote or facilitate it.

Senators voted 97-2 to pass the measure, which cleared the House of Representatives last month and now heads to the White House for President Donald Trump's signature.

Supporters hailed the passage of the Stop Enabling Sex Traffickers Act (SESTA) as a major victory, but the measure is not without its critics: some say it would undermine a basic underpinning of the internet, which enables websites to host information from third parties without liability.

Senator Rob Portman, a Republican sponsor of the bill, called the vote "a victory for trafficking survivors and a victory for our efforts to help stop the selling of women and children online."

"For far too long, bad actors like Backpage hid behind an outdated law that allowed them to knowingly facilitate sex trafficking of children online," added Senate Democrat Claire McCaskill.

"But that ends today."

Backpage and other websites have been accused of facilitating sexual exploitation including prostitution and human trafficking through their adult services listings.

Trump applauded the bill's passage, with the White House saying it would help "end modern slavery in all of its forms."

"The president and his entire administration are firmly committed to holding those who participate in these horrific crimes accountable," press secretary Sarah Sanders said.

The Department of Justice, while supporting the intent of SESTA, had expressed concerns about the bill, warning lawmakers that part of it might violate the US Constitution.

The Center for Democracy & Technology has said the bill would create a "confusing mashup" of federal and state criminal and civil liability for intermediary websites and could result in censorship of legal content.

The new legislation would amend an existing law from 1996, Section 230 of the Communications Decency Act, nullifying the immunity that the law provided to online companies against civil liability.

Portman and others argued that the intent of Section 230 was never to protect companies that were facilitating trafficking.

But critics warn that the bill jeopardizes several different sites, including dating apps, social media platforms and other services that host user-generated content, and could promote censorship.

The Internet Association trade group said that while it supports the goals of SESTA in cracking down on human trafficking and other abuse, it hoped to avoid legislative language that would weaken the 230 protections.