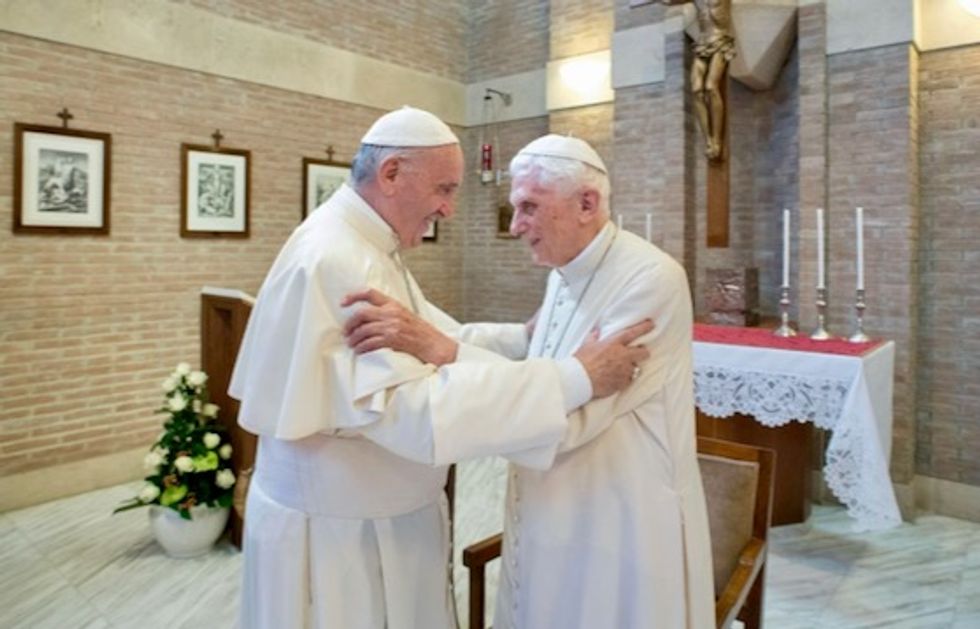 The Vatican's communications chief resigned Wednesday amid a controversy about the alleged manipulation of a letter written by retired pope Benedict XVI about his successor Pope Francis.

Monsignor Dario Vigano stepped down over the row -- that has since become known as "lettergate" -- in which he was accused of manipulating a private letter by Benedict XVI to help publicise part of the celebrations marking Francis' five years as pope.

At a presentation on March 12 of a collection of books on Francis' theology, Vigano read a letter from Benedict XVI praising the "deep philosophical and theological training" of his successor.

The press release from the event similarly featured Benedict XVI's praise for the current pontiff, as if the letter was written for the anniversary.

But it turned out that Benedict's letter was in fact simply a private response from a month earlier to a request to review the 11 books in the collection.

And in his response, Benedict actually said he would not have time to write the review.

Following the presentation of the books, the Vatican published a photo of the letter, but only of the first page containing Benedict's praise of Francis.

The first two lines of the part containing his refusal to write a review were blurred to make them illegible.

The controversy is pertinent, because Vigano was carrying out a vast media reform within the Vatican. And the row raged for several days, eventually forcing the Vatican to publish the entire letter on March 17.

This led to Vigano's resignation on Wednesday, which Francis accepted in a letter.

"After carefully reflecting and thinking over the reasons for your request... I respect your decision and I accept with some difficulty your resignation," said the letter, which was made public by the Vatican.