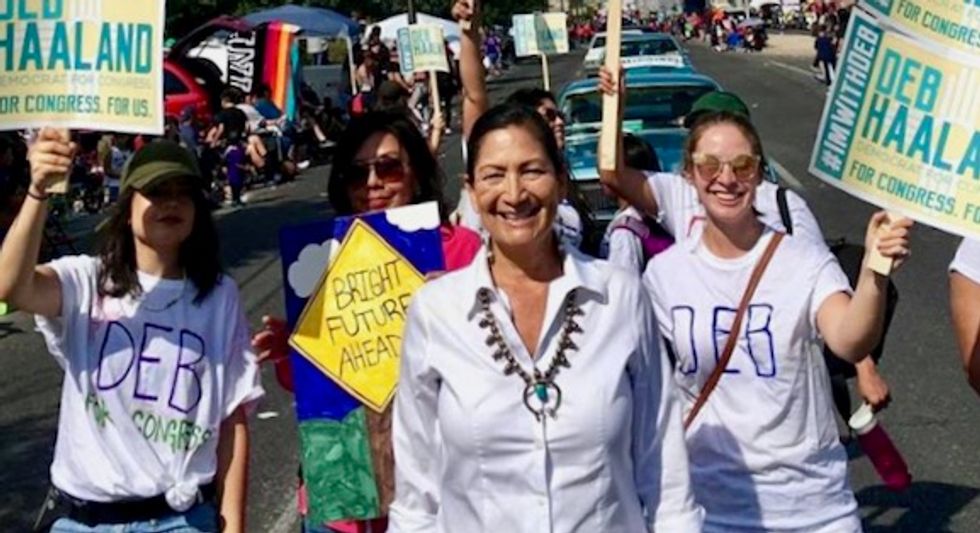 This year, women are poised to make great gains in congressional representation.

Across the country, women are running for office in greater numbers than ever before, in particular for seats in Congress. Including both incumbents and challengers, more than 500 women are running for seats in the House and the Senate. Currently, only about 20 percent of all members of Congress are women - 22 of the 100 U.S. senators are female, as are 84 of the 435 members of the U.S. House.

Skeptics may wonder, does the gender of the person who represents you in Congress really matter?

We argue in a new book that the answer is most certainly yes. Women have a harder time winning reelection than men do, and as a result they work harder in office to serve their constituents.

A large amount of research has shown that female candidates face many more obstacles when running for office than men.

For instance, the media treats female candidates for office differently than male candidates. The media generally does not give as much coverage to women as men, although some data show that disparity may be easing. However, it is still true that the stories published about female candidates overwhelmingly focus on soft news aspects of the race, such as women’s appearance or their family lives, as opposed to their policy positions. Simply adding information about a female candidate’s clothes to a news story – such as discussing Nancy Pelosi’s heels or Elizabeth Warren’s glasses – has been found to decrease the likelihood of voters casting a ballot in their favor.

Female candidates often face well-funded and high-quality opponents. Typically, a strong challenger who enters a race will deter other challengers from running, or will “clear the field.” However, when a women enters a race – even if she is an objectively strong candidate – other candidates usually persist in running against them. Female incumbents are similarly more likely to face strong challengers, including primary challengers, than their male counterparts. Even now, eight candidates are running against 26-year incumbent Sen. Dianne Feinstein, even though she won her last election by over 20 percentage points.

Women must also contend with voters who hold gender stereotypes and interest groups or potential donors who often do not take female candidates as seriously as they do male ones. A recent experimental study finds that at least some voters explicitly prefer male candidates, even when evidence clearly indicates the female candidate is more qualified. Survey data also reveals a sizable segment of the population, 39 percent, explicitly favors a majority-male government – as opposed to only 9 percent who report a preference for a majority-female government.

Aside from these concrete electoral factors, there are a number of ways women both inside and out of politics are socialized to doubt their own abilities, leading them to perceive the electoral environment as being tilted against them, even more than it actually is.

We argue in our book that all these forces result in female politicians believing that they must spend more time guarding against opposition from constituents, potential challengers and even other politicians. As a result, we demonstrate that female officeholders adopt a distinctly different approach to legislating than men – an approach that results in women providing better representation for their constituents.

Here’s the support for this argument we’ve found:

First, women spend more time and effort communicating with their constituents than men.

Even in the 21st century, old-fashioned snail mail is one important way that members inform voters of what’s going on in Congress. Members of Congress send out well over 100,000 pieces of mail a year on average. They do so because it helps them curry favor with their voters and ultimately win elections. And, female House members send on average 17 percent more mail to constituents than men do.

For example, we examined the money spent as a result of the stimulus package Congress passed in response to the 2008 recession. On average, even after controlling for factors such as population density and poverty level, we find that House districts represented by women received US$55 million dollars worth of stimulus funds. Meanwhile, House districts represented by men received only an average of $35 million.

The case for women in office

Electing women would likely also increase the amount of time Congress spends on so-called “women’s issues” such as education, sexual harassment and family leave. Female legislators at all levels are significantly more likely to devote their time and energy to these issues, so electing more of them increases the amount of pressure they can put on the chamber as a whole to take them up.

However, electing women is not simply about identity politics. Yes, electing women is important for women. But we also find that across a wide range of activities, women take their constituents into account more than men do. This gives us a Congress that better represents America and its varied interests as a whole.