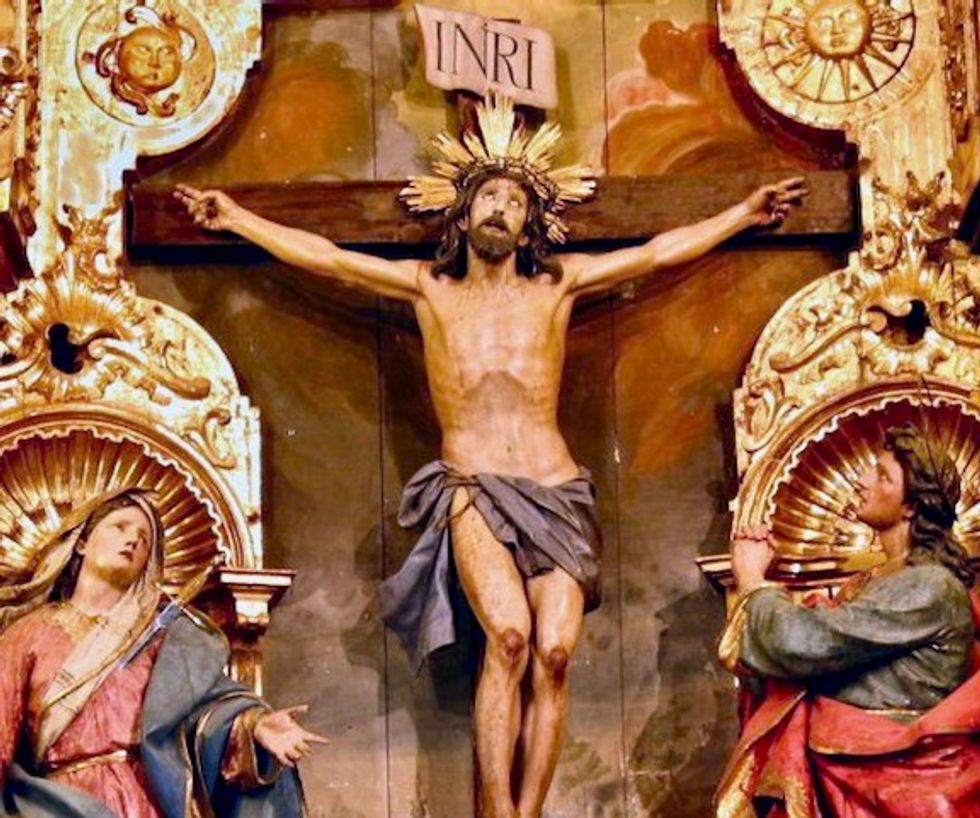 The Miraculous Crucifix of Limpias miraclesofthechurch.com/

Roman Catholic leaders and other religious groups in Germany have joined a chorus critical of a Bavarian government order requiring all regional government buildings to display a crucifix from June 1.

Cardinal Reinhard Marx, the head of the German Bishops’ Conference, said Bavarian Premier Markus Soeder had not discussed the move with him before proceeding, and cautioned against “instrumentalising” the Christian symbol.

“This has caused division, unrest and is pitting people against each other,” Marx told the Sueddeutsche Zeitung newspaper. He said the Catholic Church favored a different approach that promoted dialogue among Christians, Muslims, Jews and non-believers.

Soeder and his conservative Christian Social Union (CSU) party are under fire for what opposition politicians decry as a hypocritical move to win back votes from the far-right Alternative for Germany (AfD) party before a regional election on Oct. 14.

Georg Baetzing, bishop of the city of Limburg, told the Hessische Rundfunk broadcaster that the Bavarian action had an “alienating effect” that he could not support.

Soeder initially said the crucifix was being displayed as a symbol of the identity of Bavaria, Germany’s richest and most conservative state, but later conceded it was primarily a Christian symbol.

A Catholic reform movement called “We are church” also criticized the Bavarian decision. “This overly hasty decision clearly violates the separation of church and state that are embedded in our constitution,” a movement leader, Christian Weisner, told the Handelsblatt newspaper.

Bavaria was on the frontline of the migrant crisis when people fleeing war and poverty in the Middle East, Africa and central Asia arrived in Germany, fuelling support for the AfD.