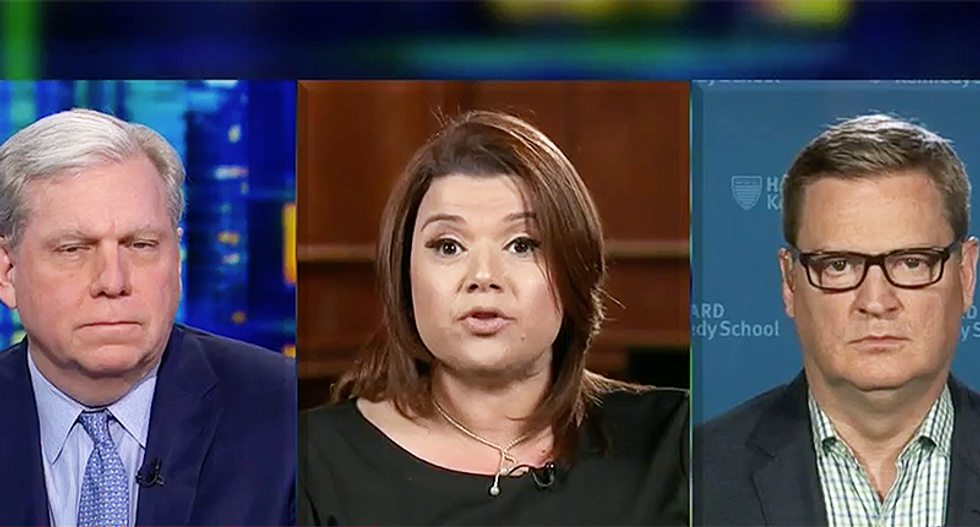 Former press secretary Joe Lockhart was appalled at the recent news of Steve Bannon, former senior advisor to Donald Trump, trying to get back into the good graces of the president.

"You know, Steve Bannon's out tonight in a somewhat pathetic move to try to get back into the good graces of the president with a terrible strategy," he described. "But it's a strategy. The strategy right now is to see what the president tweets and then run around and talk about how smart it is. It's just not going to work."

He noted that the decision by Speaker Paul Ryan to leave Congress illustrates that traditional Republicans have given up on trying to win the ongoing battle between their sect of the party and the tea party.

"They're paralyzed to stand up to a president who's going to lead them off the cliff," he said. "You know, in the White House, they're desperately trying to settle on a strategy."

Host Don Lemon turned to talk about the GOP fear that Trump might fire special counsel Robert Mueller. Republican Ana Navarro noted that if Trump ultimately fires Mueller the country will see it as a huge abuse of power.

"I, for the life of me, cannot understand why Republicans on The Hill, responsible Republicans who know better, don't do something to send a clear, strong message to Donald Trump by moving on legislation," she said about laws that could protect Mueller. "There has been bipartisan legislation sponsored by Lindsey Graham (R-SC) and Cory Booker (D-NJ) that's been presented for months and nobody has done anything about it."

She said that she has heard members of the GOP in the Senate say that there is no reason to pass such legislation if Trump won't sign it. But she explained that it's important for them to move on such legislation to put Trump back in his place.

"He may not sign it. He probably will not sign it. But it will mean that the Republican Party has stopped enabling him for once, and it's actually taking action and sending him the strong message," she said. "The public perception will be that Republicans are enabling obstruction of justice if they don't do something, and if they don't do everything in their power to stop this from happening. They should do it for the good of the country, but they should do it also for the good of themselves because the people will flood the streets of the United States and they will go to the ballot box in November."

She said that the GOP is already going to get beat in November, but if Trump wakes up one morning and decides to fire Mueller, the GOP will get slaughtered.