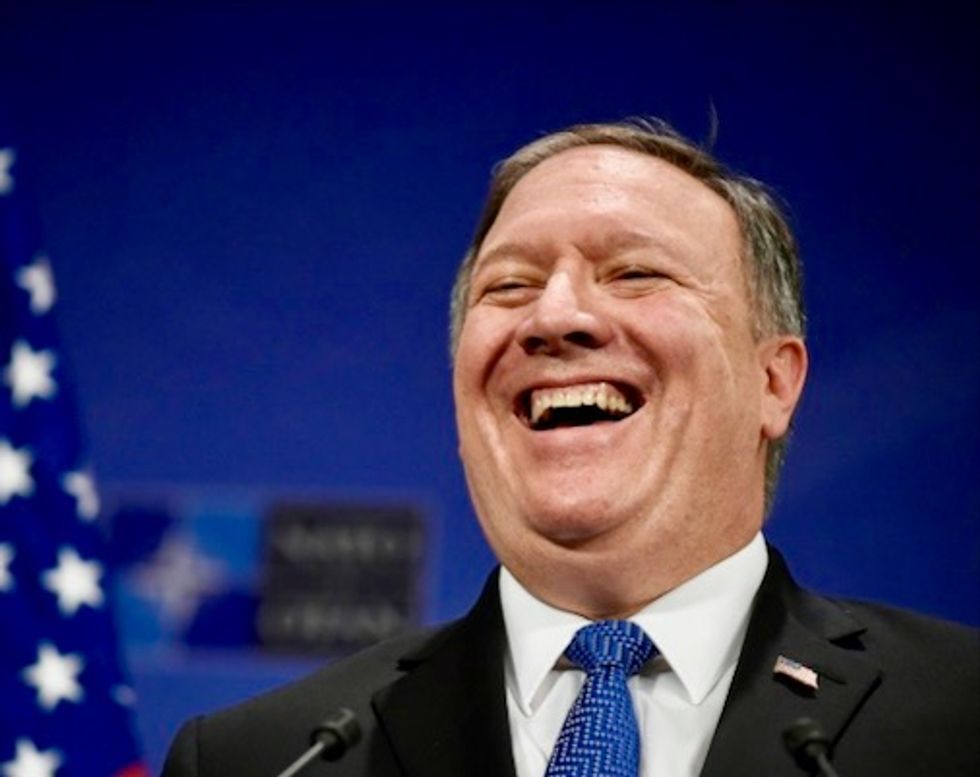 Washington's newly appointed secretary of state set off on a tour of America's key Middle East allies on Saturday, vowing to bring some "swagger" back to US diplomacy.

After attending NATO talks in Brussels, Mike Pompeo was to embark on a three-day trip to Saudi Arabia, Israel and Jordan to update friends on President Donald Trump's plans for the Iran nuclear deal.

Pompeo insists his boss has not yet made the decision, but Trump is widely expected to pull the United States out of the accord next month, re-imposing sanctions against Tehran's nuclear program.

The former CIA chief, who was sworn in as Trump's top diplomat on Thursday and set off within two hours for Brussels, will consult with leaders of Iran's main regional opponents ahead of the announcement.

But he also has a second more personal mission, to show foreign capitals and his own colleagues that US diplomacy is back on track after the troubled reign of his sacked predecessor Rex Tillerson.

Pompeo -- a former army officer, businessman and conservative congressman -- wanted to set off on the road immediately on being sworn in, in order to reach out to NATO and Middle East allies.

But he has promised to address State Department staff in Washington on his return on Tuesday, and was full of praise for the staff who scrambled to put together his first foreign itinerary.

"I just met with a great group of State Department officers who work here at the mission. They may have been demoralized, but they seemed in good spirits," he said Friday, at NATO headquarters.

The former Kansas politician is seen as an anti-Iran hawk with hardline views about projecting US military might, and his socially conservative opinions might be out of place at the State Department.

During his short confirmation process critics pointed to past statements critical of Islam and of same-sex marriage, which they said made him an unsuitable champion of American ideals abroad.

But there is also optimism, palpable among the officials around him on the trip, that US diplomacy at last has a chief who can speak for the president and will focus on the department's core missions.

In Saudi Arabia on Saturday, Pompeo is due to hold talks with his counterpart Saudi Foreign Minister Adel al-Jubeir in Riyadh, before having dinner with Crown Prince Mohammed bin Salman.

The prince, or MBS as he is commonly known, is the kingdom's de facto ruler and a would-be social reformer who launched an anti-corruption drive to secure his own control over the oil-rich royal elite.

Like Trump and Pompeo, he is a tough opponent of Iran, but his war against the Tehran-backed Huthi militia in Yemen is stumbling and has contributed to the country's large-scale humanitarian disaster.

Trump also wants Riyadh to do more and spend more to support the US-led operation in Syria to defeat the Islamic State group and allow American forces to come home more quickly.

After Saudi Arabia, Pompeo is due to fly on to Israel for talks with staunch US ally Prime Minister Benjamin Netanyahu and then to Jordan, a friend with a long border with war-torn Syria.