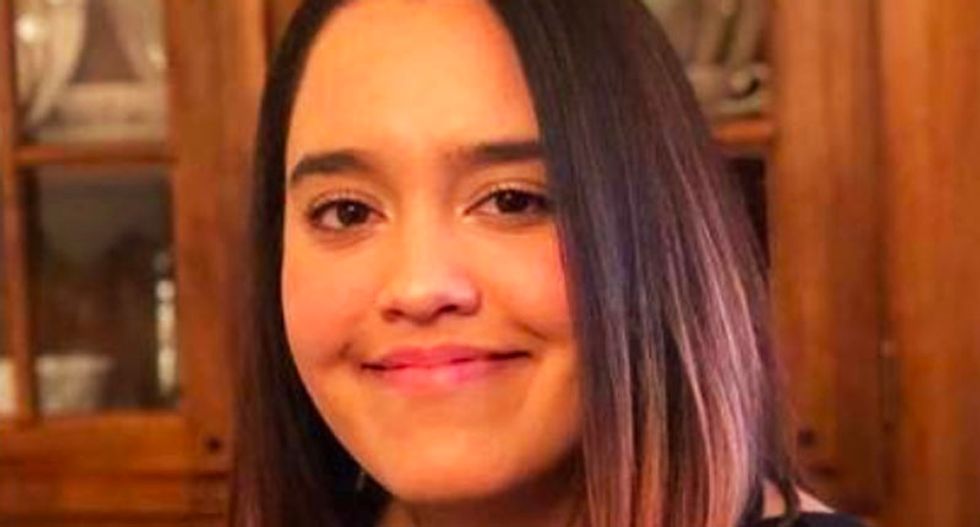 An employee at a Publix store in Midloathian, Virginia claims a customer punched her in the back when she didn't immediately respond to questions because she is deaf.

According to WRIC, Liberty Gratz said she was working on Sunday stocking a low shelf when she took a blow to her back from an aggravated -- and unidentified -- customer.

With her mother, Janette Gratz interpreting, the 21-year-old said, "All of a sudden, I felt some woman hit me in my back."

"At this point Liberty was stunned, but turned and told the lady she couldn’t hear by pointing to her ear and shaking her head no," the mother continued. "She handed the lady a pen and paper so she could tell her what she needed, then showed her where it was. She said the lady still acted and looked angry while she was helping her."

According to the report, Liberty alerted the store management about the assault, but they were unable to identify the assailant because of the crowd in the store.

"They kept looking again and again and again, but you couldn't see because there were so many people blocking the camera," Liberty signed during the interview. "It was hard for me to really see her face to make sure it was the right person."

"She could still feel it when I picked her up from work," her mother added. "How would you feel if you were working and someone just came up behind you and decided to punch you?"

According to the family, Liberty and her twin brother Triton both were born with Usher Syndrome — which can cause combined deafness and blindness -- and that she also has poor peripheral vision which may be why she didn't see the woman badgering her. Liberty is adept at American Sign Language but communicates with shoppers by writing on a pad of paper, her mother explained.