Why didn’t he shoot? The Toronto cop who did everything right 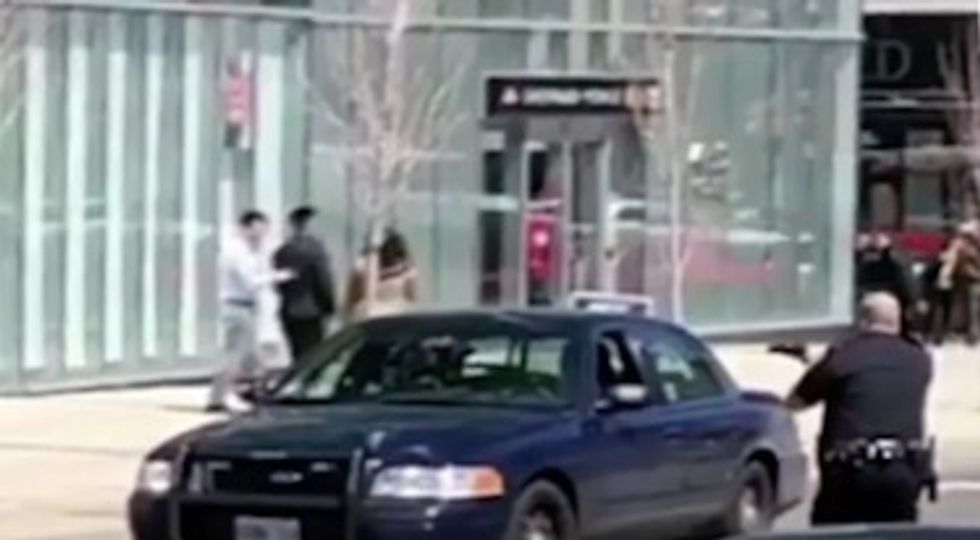 It may be some time before we hear the full story from the Toronto police constable who apprehended the suspect in Monday’s van attack that left 10 people dead and several others injured.

But many are rightfully praising the policeman’s actions, and at the same time comparing them to the actions taken in other situations that have had significantly different outcomes.

This begs the question: Why didn’t the police officer, now identified as Const. Ken Lam, shoot the suspect? The suspect appeared to be wielding a weapon as he walked toward Lam, and at one point even pleaded with the police officer to shoot him.

As a former police officer and someone who studies police issues —including use of force — this situation is a case study on how things can go very right.

My initial reaction to the videos of the van driver’s arrest was that the police officer was professional and acting within his own assessment of the situation. This is critical.

When faced with the threat of death or grievous bodily harm, a police officer is authorized to use force to protect themselves or others, up to and including deadly force. With this authority comes significant responsibility.

Most of these situations do not show up in the news that evening. These situations mostly pass by unnoticed and unreported. This case made international headlines due to the nature of the crimes being investigated, and the presence of video footage of the arrest.

What went right this time?

First, you had a clearly well-trained police officer who was acting in a professional manner. This is what we expect from our police.

The suspect had everything going for him in order to survive his arrest. It took place in bright sunlight, but without the sun shining in the officer’s eyes. The suspect was silhouetted against a white van, which likely provided a clearer outline of the object in the suspect’s hands.

The suspect did not take a typical shooting stance, but stood upright with his shoulders back. He was not aiming an object, but pointing it from the shoulder.

From the video, it appears the suspect was yelling for the police officer to shoot him. He dropped his arm to his side and brought it back up again as if pointing a weapon at the police officer. Again, it he was not a typical shooting stance.

This officer clearly had de-escalation in mind. He recognized his car siren was on and went back to turn it off. This shows that he did not have tunnel vision or hearing. With the siren off, clearer communications were possible.

With a good visual of the subject, the actions of the suspect, his calls to be shot and the artificial manner in which he was standing and threatening, the police officer clearly made a decision that the use of deadly force, while authorized, was not immediately needed.

I do not know what the police officer was thinking, but what came to my mind was an attempt by the suspect of a “suicide by cop.” This is a situation where a suspect tries to goad the police into using deadly force.

This by itself does not negate the risk to police and others. There are occasions when the use of deadly force is appropriate even when it is a purposeful attempt to have someone else kill them. Some suspects do follow through on their threats in order to goad police into the use of force. But not this time.

The use-of-force models used by police include a risk assessment that asks the officer to take into account the following:

Tactical Considerations — Is there cover, is backup available?

Officer’s Perceptions — Their own assessment of the situation and their abilities to handle it.

This risk assessment, however, does not provide “the answer” to an officer regarding shoot or don’t shoot, or any other use of force.

What it does provide is a framework for decision-making. This is all part of professional police training.

I faced a situation early in my service with the RCMP when I had a male in the sights of my pistol. It was a tense situation, and I felt that the use of deadly force was likely. But my training, in a fraction of a second, took me through an assessment of the situation.

I held my fire because I could not see the weapon that was being threatened, and I was behind cover. I held on until the suspect gave up. He was unarmed.

Decision to shoot not easily made

I have also worked with officers who had the misfortune to have had to resort to deadly force to save their own lives. It is not a decision that is easily made — and it’s one that can be very personal to the officer in the situation.

Their own perception, their own confidence, their training, their reaction to the situation — all have an impact on the outcome.

The courts have sided with police in this decision-making process, ruling that the courts must take into account the reasonably held assessment of the circumstances and dangers they find themselves.

So in this case, we had a trained officer, acting calmly and professionally, with a clear view of the suspect and the object in his hand, indications of an attempt at “suicide by cop,” de-escalation techniques used and a quick surrender. It all led to a successful arrest without the use of deadly force.

One small change in the circumstances, and the outcome could have been very different.

Police do not use deadly force because of the crime the suspect is alleged to have committed, but only due to the threat posed. This police officer made a heroic call. Const. Lam risked his own life to preserve another’s, even when that person was the suspect in a horrendous act that took so many innocent lives.