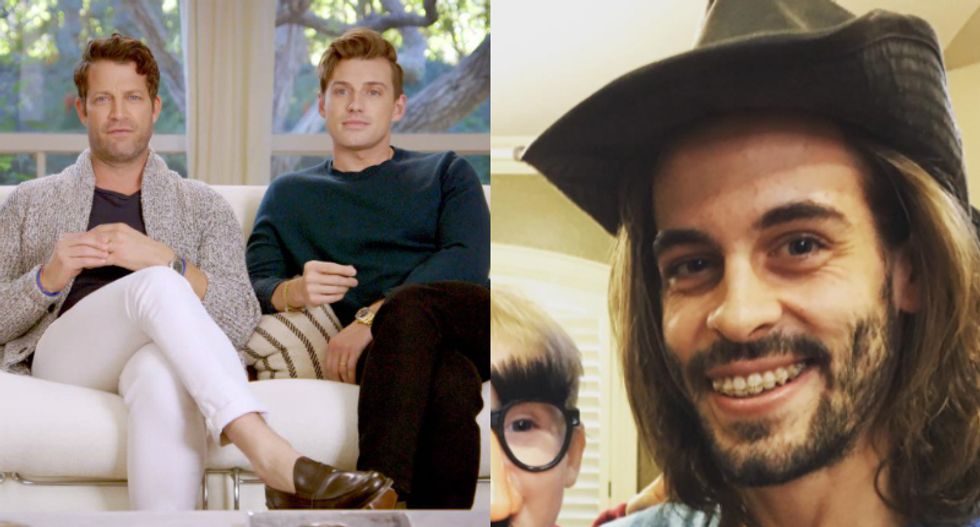 It hasn't even been a year since Derick Dillard, husband to one of the Duggar daughters from TLC's "19 Kids and Counting," took aim at his TLC co-star Jazz Jennings for being transgender. Now, he's taken to Twitter again to bash two more LGBT stars on the network that pays his family, this time for exposing their "degrading lifestyle" to their children.

"What a travesty of family," Dillard commented along with a retweet of a TLC promo image for a show featuring married designers Jeremiah Brent and Nate Berkus and their young child. "It’s sad how blatant the liberal agenda is, such that it both highlights and celebrates a lifestyle so degrading to children on public television as if it should be normal."

Though his wife Jill is a daughter of the Duggar clan, TLC removed Dillard from "19 Kids and Counting" after the public backlash against his transphobic attacks against Jennings.

"What an oxymoron,” Dillard tweeted last August . “A ‘reality’ show which follows a non-reality. 'Transgender’ is a myth. Gender is not fluid; it’s ordained by God.”

In response a user who asked him if it was "necessary" for the attacks, Dillard went on to misgender the trans teen.

@notthegymnast I want to be clear. I have nothing against him. I only have issue with the words and definitions being propagated here.
— Derick Dillard (@Derick Dillard)1501729911.0