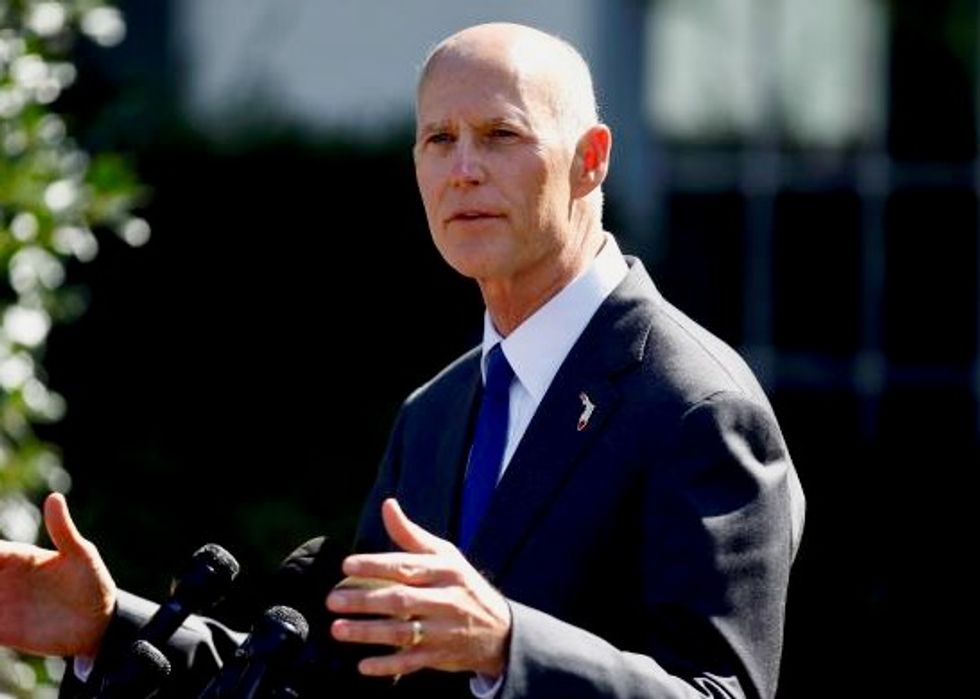 Republican Florida Governor Rick Scott on Monday kicked off his campaign for the U.S. Senate, challenging Democrat Bill Nelson in a race expected to be among the most competitive contests to decide which party controls Congress.

Scott announced his long-anticipated campaign in a video posted on social media and a campaign rally. He highlighted how he was elected as a political outsider and as governor pushed back against the traditional rules of the state capital.

“I never planned to fit in, and I won’t fit in Washington either. It’s time to shake that place up,” he said in his video, calling the federal government broken.

Democrats regarded the wealthy governor, who is barred by law from running for a third term, as enough of a threat that the party over the weekend held voter registration drives using his prospective campaign to mobilize voters and recently launched a website, selfservingscott.com, criticizing his record.

“For eight years, Rick Scott has put himself and his political interests above the people he serves, and in the Senate he would do the same thing,” Florida Democratic Party Chair Terrie Rizzo said in a statement.

Republicans have for years controlled the state government, and Donald Trump won Florida in the 2016 presidential election with Scott’s support.

Bill Nelson was first elected in 2000 and is the only Democrat holding statewide office in Florida.

He is one of 10 Democratic senators up for re-election this year in states won by Trump. While he is not seen as the most vulnerable incumbent, every competitive Senate race matters since Republicans hold a one-vote majority in the 100-member chamber.

Like Trump, Scott entered politics from the business world, having amassed a personal fortune as a healthcare executive. He dipped into his wealth to help finance his campaigns, winning the governorship in 2010 and 2014 by about 1 percent of the vote.

Nelson has been a fixture in Florida politics for decades. He rose from the state legislature to serve in the U.S. House of Representatives and has held state Cabinet posts.

In his last election in 2012, Nelson earned 55 percent of the vote, outperforming Democratic then-President Barack Obama in Florida.

Democrats in the state often struggle with turnout in midterm elections, but opinion polls and recent special elections suggest that opposition to Trump this year is galvanizing the party’s base.

Early polling has shown a competitive matchup between Nelson and Scott, whose national profile rose in the gun control debate that followed the shooting deaths of 17 people in February at Marjory Stoneman Douglas High School in Parkland, Florida.

Reporting by Letitia Stein in Detroit; editing by Jeffrey Benkoe and Jonathan Oatis