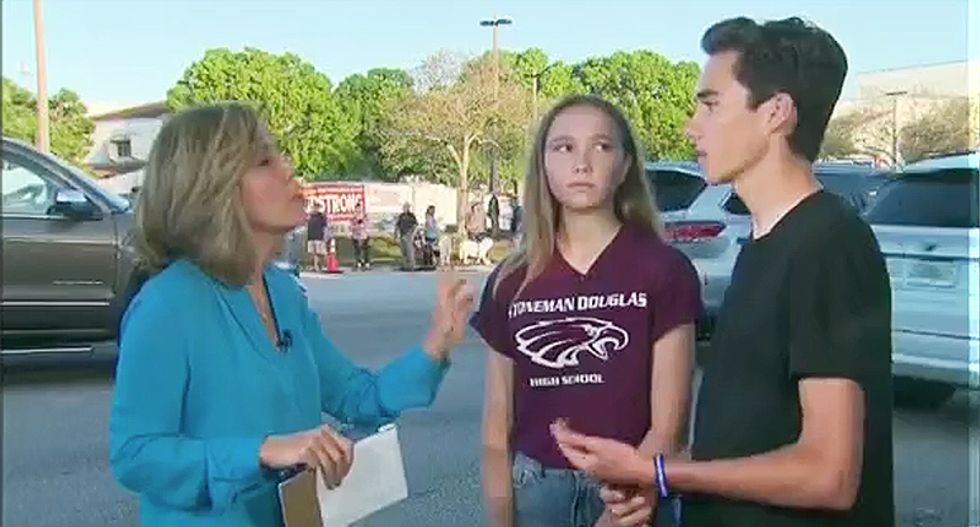 A brother and sister who survived a shooting rampage at a Florida high school in February are writing a book about the campaign for stricter gun control in America sparked by the massacre, publisher Penguin Random House has announced.

David and Lauren Hogg, who have become two of the most outspoken and media-friendly survivors of the Valentine's Day shooting that left 14 students and three staff dead at Marjory Stoneman Douglas High School in the city of Parkland.

The book -- titled "#NeverAgain" in a reference to their movement -- will be released on June 5.

David, who is 18, and 14-year-old Lauren, along with some of their classmates, launched the #NeverAgain movement, which saw hundreds of thousands of people take to the streets of US cities on March 24 for the "March for Our Lives."

"Lauren and I will be using the money made from the book to help heal the community," David said on his Twitter feed.

David Hogg took refuge in a closet during the shooting carried out by 19-year-old former classmate Nikolas Cruz. He filmed interviews with fellow students while in hiding, which went viral.

Hogg has been attacked and harassed online, and even accused of being a "crisis actor" paid to travel to tragedies to propagate liberal viewpoints.

Fox News host Laura Ingraham was recently forced to apologize to Hogg after her criticisms of him led her sponsors to withdraw their support for her program.