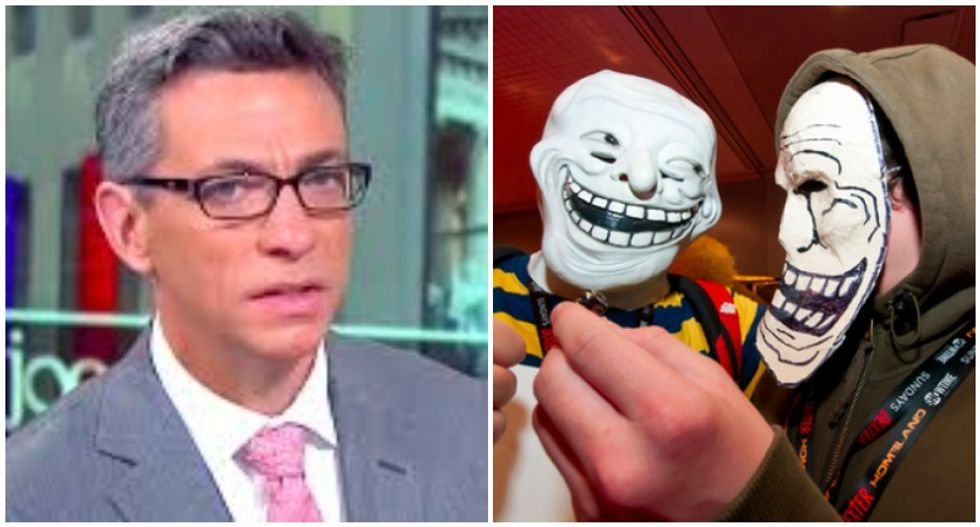 Internet trolls helped get President Donald Trump elected in 2016 -- and a former FBI counterterrorism expert explained why social media manipulation will become a key strategy for all politicians.

The Kremlin pioneered political trolling by seamlessly fusing hacking and influence, and they used stolen data to mount propaganda campaigns around the clock in countries all over the world -- including the U.S. -- and that successful campaign will be copied, wrote cybersecurity expert Clint Watts for The Daily Beast.

"Trolling-as-a-service, one stop shops for analyzing, engaging, and mobilizing online audiences, will be a method all political campaigns seek to exploit in the future," Watts wrote.

Watts said campaigns would exploit social media data to target voters with ads preying on their emotional vulnerabilities, and then mobilize engaged audiences to destroy political foes while hiding the source of the attacks.

"The world shouldn’t be surprised Cambridge Analytica moved to offer the precursor to trolling-as-a-service," Watts wrote. "We should instead be surprised that it’s the only one we know about to date."

He warned that the selection of Brad Parscale, who ran Trump's digital campaign in 2016, as the president's re-election campaign manager was an ominous sign.

"If left unchecked, politicians and their political parties, Super PAC’s, lobbyists, and corporate public relations firms will seek out 'trolling-as-a-service' to dominate the information space toward their advantage but to the detriment of society," Watts wrote.

A template has already been established for using hackers to compromise political foes and then using trolls to stage events, generate a false sense of support and push provocative themes.

"Great reward will come to the entrepreneur with enough startup capital to harvest and correlate large amounts of personal data on distinguishable voting blocs and then mine those details rapidly and incisively by employing machine learning," Watts wrote. "From there, rented troll farms will deploy sophisticated computational propaganda to alter the information environment and employ humans to act as for-hire propagandists advancing their client’s message and tackling their client’s adversaries."

'Venezuela and Australia are gone!' Mike Lindell uncorks CPAC rant about countries being 'taken by the machines'

MyPillow CEO Mike Lindell on Friday brought his personal crusade against voting machines to the Conservative Political Action Conference (CPAC), where he uncorked a conspiratorial rant claiming that the voting machines had completely overtaken dozens of foreign countries.

The propagandists at Fox News are trying to find ways to spin Friday's excellent jobs report and economic news into an attack on President Joe Biden and Democrats. It's not going well for them.