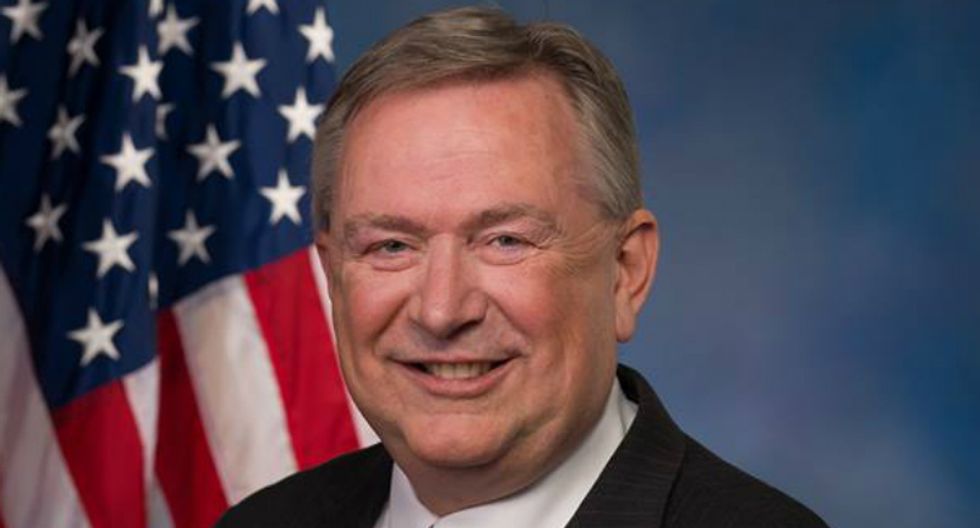 Steve Stockman, a former Texas congressman, is guilty of 23 felonies, a jury ruled Thursday after about two days of deliberations.

The jury convicted him on every charge but one allegation of wire fraud.

That verdict puts Stockman — a firebrand conservative who served two non-consecutive terms in the U.S. House of Representatives before losing a 2014 challenge to U.S. Sen. John Cornyn, R-Texas — at risk of decades in federal prison.

Stockman has been on trial in federal court in Houston for nearly a month on corruption charges that include mail and wire fraud, money laundering and violations of federal election law.

The Clear Lake Republican was accused of funneling $1.25 million in charitable donations toward unrelated efforts, including campaign and personal expenses ranging from a new dishwasher to undercover surveillance of a perceived political rival.

Stockman’s attorneys have claimed that the pair of conservative mega-donors who gave him that money intended for it to serve as campaign contributions and gave the former lawmaker broad leeway for using it. Prosecutors argued that Stockman promised that money would go to specific purposes — including “educating” voters and renovating a conservative “Freedom House” for interns — and that the former lawmaker used his credibility to mislead donors.

If upheld on appeal, the felony conviction would make Stockman ineligible to seek Texas office. But the U.S. Constitution, which lays out eligibility requirements for federal office, does not exclude convicted felons from seeking election to the U.S. Congress.

Stockman was charged with two former aides, Thomas Dodd and Jason Posey, who both entered guilty pleas and testified against their former boss. The three faced 28 felony charges in total.

BY EMMA PLATOFF, THE TEXAS TRIBUNE