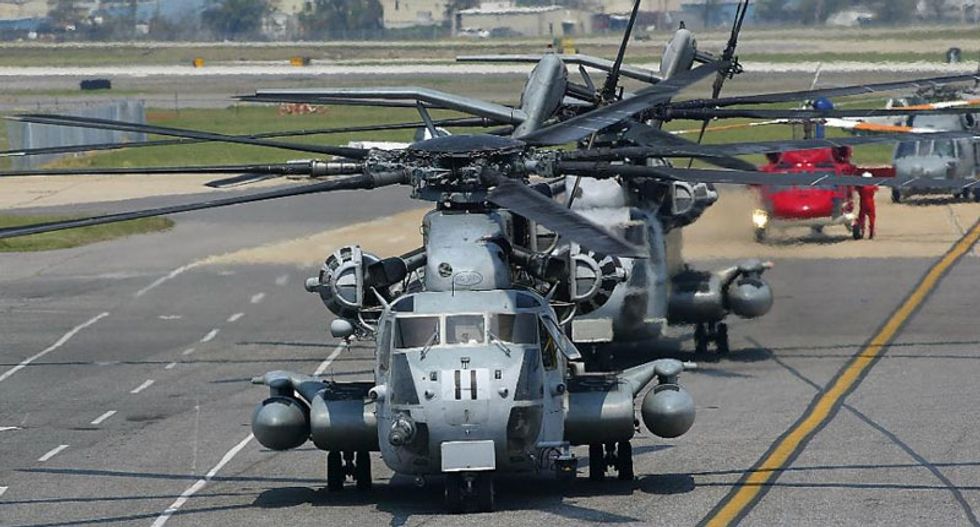 A U.S. Marine helicopter crashed during a training mission in southern California Tuesday afternoon and all four crew members are believed to have died, a Marine spokeswoman announced.

No details about the nature of the training mission were released other than it was routine and held in the desert in El Centro, Ca., about 100 miles east of San Diego.

The helicopter was a Sikorsky CH-53E Super Stallion from the 3rd Marine Aircraft Wing based at the Marine Corps Air Station in Miramar, Ca., according to a statement from the Marines.

It is the largest and heaviest “heavy-lift” helicopter in the U.S. military.

The accident is under investigation and no other information was available.

The wreck is the deadliest Marine accident since a cargo plane crash in the Mississippi Delta that killed 16 Marines in July, 2017.