Igor the Siberian tiger gets stem-cell hip treatment in Hungary 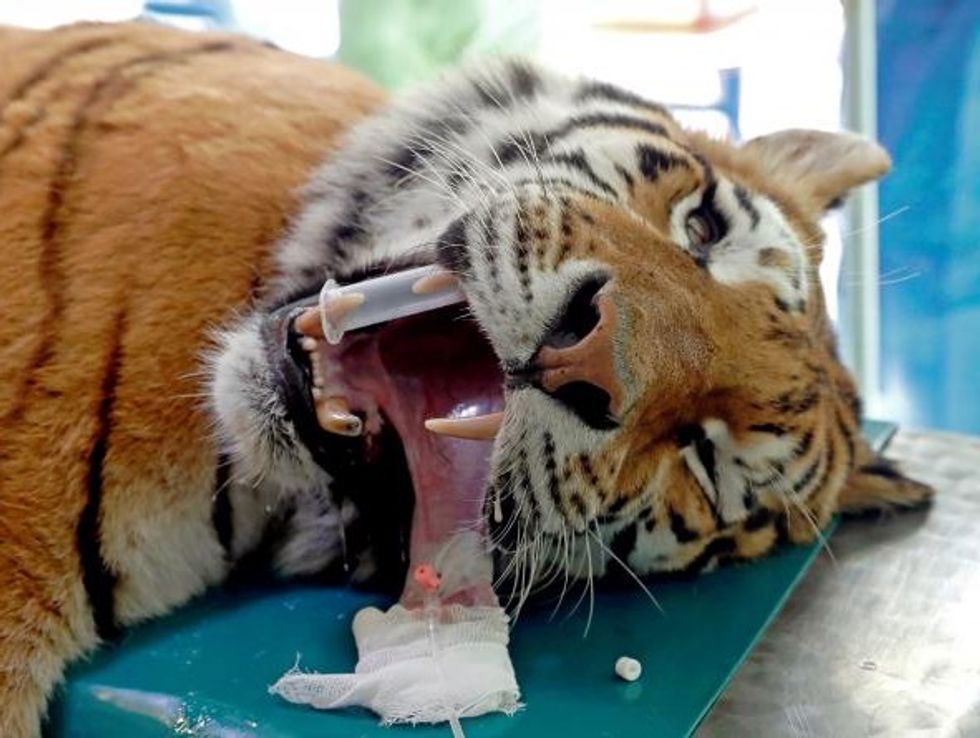 Igor, a Siberian tiger in a Hungarian zoo, received stem-cell joint treatment on Wednesday which doctors hoped would help heal its hip and allow it to live happily, on less medicine.

Igor is a 13-year old tiger living in the zoo in the southern Hungarian town of Szeged. It has been suffering from hip joint pains for years.

The treatment, used more widely on humans than animals, cures injured joints with tissue taken from patients’ own fatty tissue, which contains regenerative stem cells, doctors said. These are injected back into the ailing joints.

“The essence of stem-cell treatment is that we can achieve an improvement in the quality of life of patients who cannot be helped by operations or medical treatment,” said Robert Gippert, the veterinarian who operated on Igor’s hip.

“Just like in humans, the worn out joint of Igor the tiger will heal due to the regenerative and self-healing effects of stem cells, without the use of external materials,” he added.

The sedated tiger was lying peacefully on its side on the operating table, with its big paws sticking out from below a green blanket. After Igor wakes up, it could take two to three weeks before vets can judge the improvement in its movement.