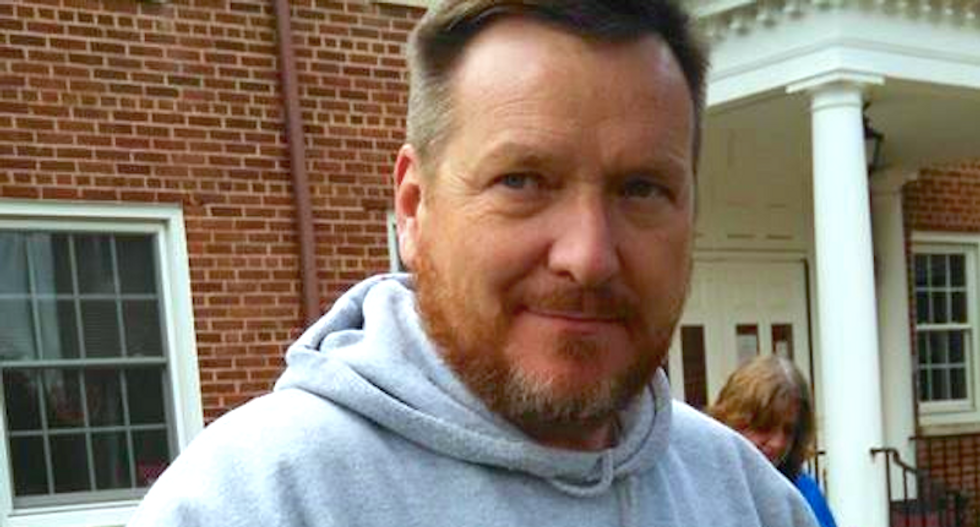 A high-ranking Interior Department officials compared Parkland shooting survivors to Nazis and claimed the massacre was a "false flag" operation.

Kevin Sabo was promoted last year to acting chief of the Office of Congressional and Legislative Affairs at the Bureau of Reclamation, but he continues to post conspiracy theories and other inflammatory content on his personal Facebook page, reported Talking Points Memo.

“The Nazis took everyone’s guns away too,” Sabo wrote March 24 on his social media page. “A lot of similarities with these kids.”

“Did any students die by friendly fire? Was Cruz a lone gunman or not a gunman at all?” reads the post, which also refers to Pizzagate and QAnon conspiracies.

The official did not respond to requests for comment, but a spokesperson from the Bureau of Reclamation said the agency had no comment on Sabo's personal views.

“Civil servants are guaranteed First Amendment rights to communicate their own views on their own time on their own social media sites, even if some would find those views disagreeable or the primary sources erroneous,” said public affairs chief Dan DuBray.

Sabo ran unsuccessfully for a Virginia House seat in 1992, and he has worked in government off an on since the late 1990s and was hired in 2016 as a budget analyst at the Interior Department.

He was convicted in 2000 of attempted malicious wounding for cutting the brakes to an ex-girlfriend's car, and the felony got him disbarred three years later.

Sabo asked to be readmitted to the District of Columbia bar in 2011 but was denied due to pleading guilty to larceny by false pretenses for a theft from Home Depot, although those charges were dismissed after he paid a fine and completed community service.

An appeals court overruled the bar the following year and reinstated Sabo after being persuaded that he was a "changed man."

The Department of Justice investigation into Donald Trump's alleged coup attempt expanded again with a subpoena of another key Trump White House official.

The House Select Committee investigating the January 6 attack on the U.S. Capitol hopes to obtain text messages and emails from conspiracy theorist Alex Jones, according to Rolling Stone.

Mark Bankston, the lawyer for the Sandy Hook parents of 6-year-old Jesse Lewis, revealed in court Wednesday morning that Alex Jones' lawyer accidentally sent text message and emails to him

After the attorney for Sandy Hook families revealed in court to Alex Jones on Wednesday that his own lawyer accidentally sent them the entire contents of his cell phone, a former prosecutor is noting scenarios that could potentially create even more trouble for the far-right wing conspiracy theorist who reportedly may have ties to events or people surrounding January 6.

The New York Times has described Jones as “a key player in the pro-Trump ‘Stop the Steal’ movement.”