Japan PM Abe back on the ropes as second scandal grows 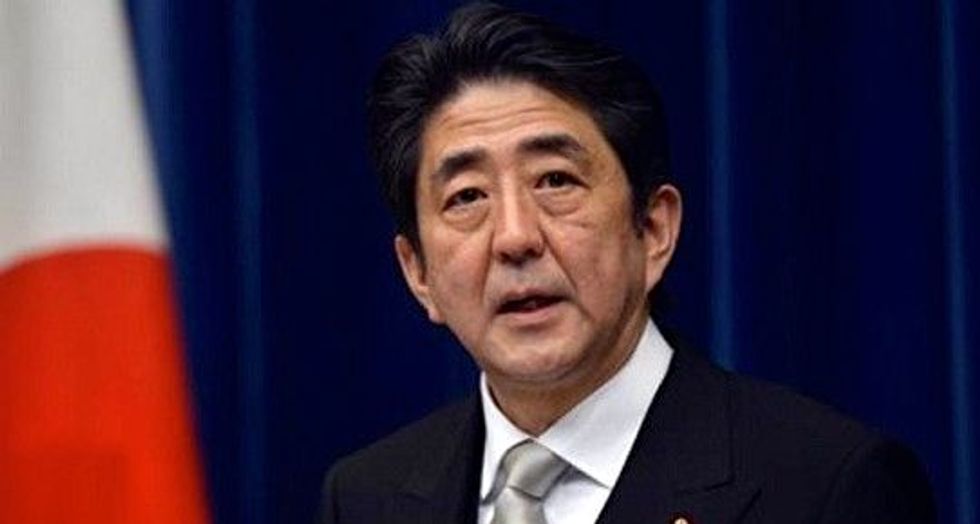 Japan's premier was facing fresh pressure Monday as new polls showed a second cronyism scandal has sent his approval ratings nosediving, and thousands of protesters rallied for his resignation.

Shinzo Abe looked to have weathered the storm over a first scandal on the cut-price sale of government land, with his approval ratings starting to creep back up after dropping to record lows.

But a second favouritism row has now erupted into the headlines, reigniting the debate on whether Abe has the backing to win a third term as party chief in September and become the country's longest-serving premier.

And a weekend poll by Kyodo News showed public support down by 5.4 percentage points to 37 percent, his second worst showing in the outlet's polling since he took office in 2012.

On Saturday, thousands turned out to an unusually large demonstration in front of the national parliament, calling on Abe to resign over the twin scandals.

The latest furore involves allegations that Abe wielded his influence to help a friend open a veterinary school, claims that the premier has fiercely rejected.

But last week an official document emerged describing the school as "an issue that involves the prime minister," reheating allegations that Abe used his influence to secure the permit for the school.

The scandal follows on the heels of weeks of uproar over Abe's alleged ties to the cut-price sale of government land to a school operator.

The operator planned to name Abe's wife the honorary principal of the school, and the opposition alleges Abe's influence cleared the way for the bargain sale.

The scandal deepened with the revelation that the finance ministry had scrubbed documents related to the sale to remove references to Abe and his wife.

The rows come as Abe prepares to stand later this year for reelection as party leader, a vote he was once expected to win handily.

Flamboyant former prime minister Junichiro Koizumi told reporters this weekend that he now believed it would be "difficult" for Abe to win, though analysts say there are still few viable alternative candidates.

With the domestic political landscape in turmoil, Abe heads to the United States this week to meet President Donald Trump for talks on North Korea in a bid to keep Tokyo in the loop on fast-moving diplomacy.