'John Legend 2020': Internet rallies around singer after he schools Kanye for misleading info on the GOP's racism 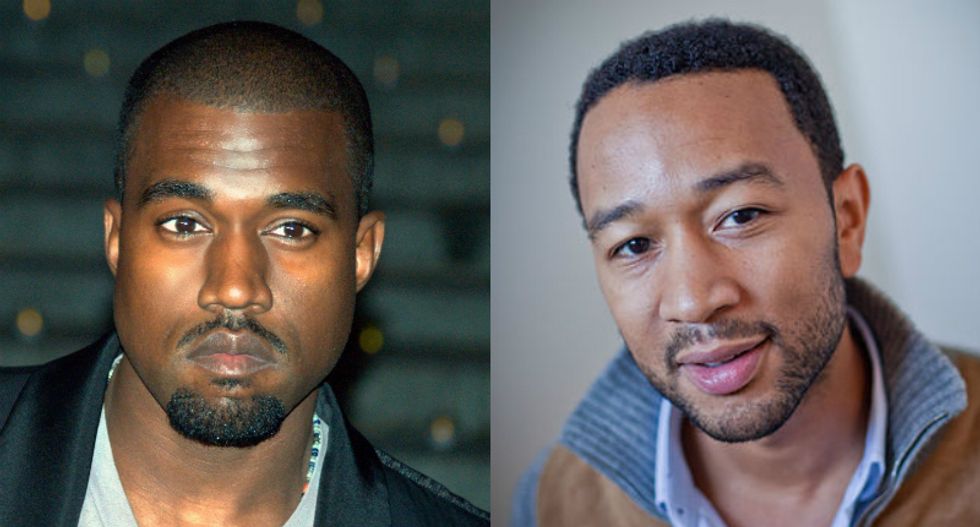 Shortly after rapper Kanye West posted a screenshot of a tweet broadcasting the popular right-wing talking point that the GOP is more pro-black than the Democrats, the artist's friend and fellow entertainer John Legend debunked the claim.

"Abe Lincoln freed and protected the slaves and he was republican [sic]," reads the screenshot of the text from someone named Steve that West posted Monday afternoon. "Republicans were the ones who's [sic] helped black people."

"Democrats protected the rights of the slave owners in the south," the text continued.

As Legend and radio personality Charlamagne Tha God pointed out in a series of screenshots West posted shortly thereafter, the claim that Democrats were the true proponents of slavery and Republicans helped African Americans more than their opponents is a deliberate misrepresentation of the history of slavery, civil rights and politics in the United States.

As both Legend and Charlamagne pointed out, Democrats and Republicans essentially switched platforms on the rights of African Americans during the civil rights movements, with many Southern Democrats leaving the party to join the GOP in protest of their increasing support for civil rights. Known as the "Southern strategy," this party re-alignment had lasting implications on the platforms of each party — but because of the somewhat confusing history behind it that's often not taught in American history classes, this platform switch is often deliberately left out or misconstrued by right-wingers.

As Business Insider's Jacob Shamsian tweeted, West appears to have "accidentally stumbled into a debate over which political party is the racist one."

Hell, “Democratic plantation rhetoric” is pretty common among professional white conservatives too, if you know where to look.
— b-boy bouiebaisse (@b-boy bouiebaisse)1525113313.0

John Legend teaching Kanye about the Southern Strategy is good Twitter https://t.co/mNGkXNJ0lK
— Will Sommer (@Will Sommer)1525110872.0