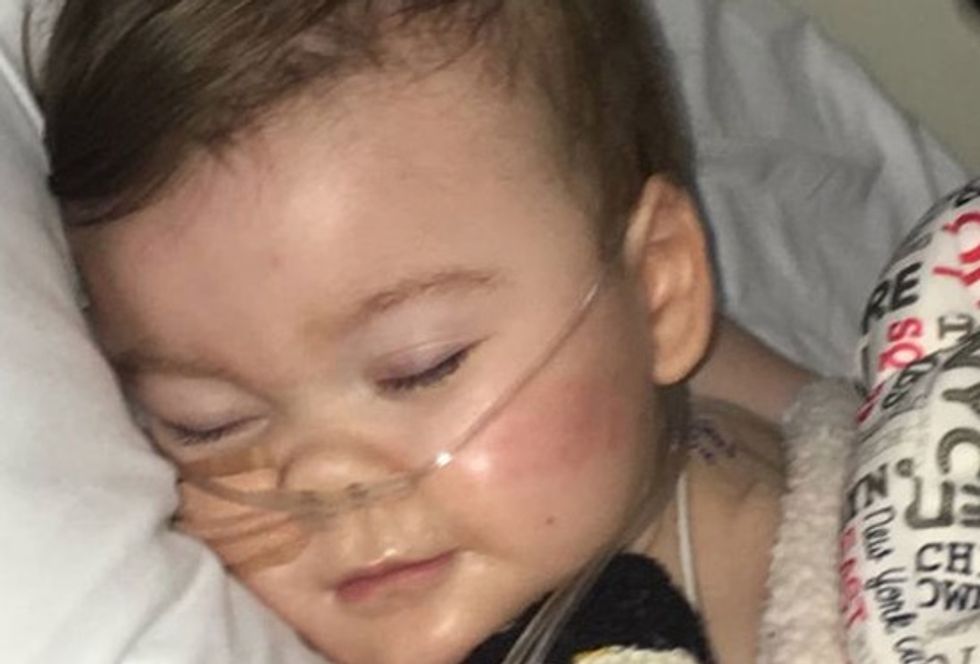 Tom Evans said he was “heartbroken” by his son’s death.

Alfie had a rare, degenerative disease and had been in a semi-vegetative state for more than a year.

After a series of court cases Alder Hey Children’s Hospital in Liverpool, northern England, removed his life support on Monday, against his parents wishes.

He confounded expectations by continuing to breathe unaided.

Medical experts in Britain had agreed that more treatment would be futile, but his parents wanted to take him to Rome, where the Vatican’s Bambino Gesu hospital had offered to care for him.

The case has provoked strong feelings over whether judges, doctors or parents have the right to decide on a child’s life. Alfie’s parents have been backed by Pope Francis and Poland’s President Andrzej Duda. (Reporting by James Davey Editing by Andrew Heavens)