'Like the breakup he can’t get over': Comey says he's 'living his best life' while Trump 'wakes up and tweets at me' 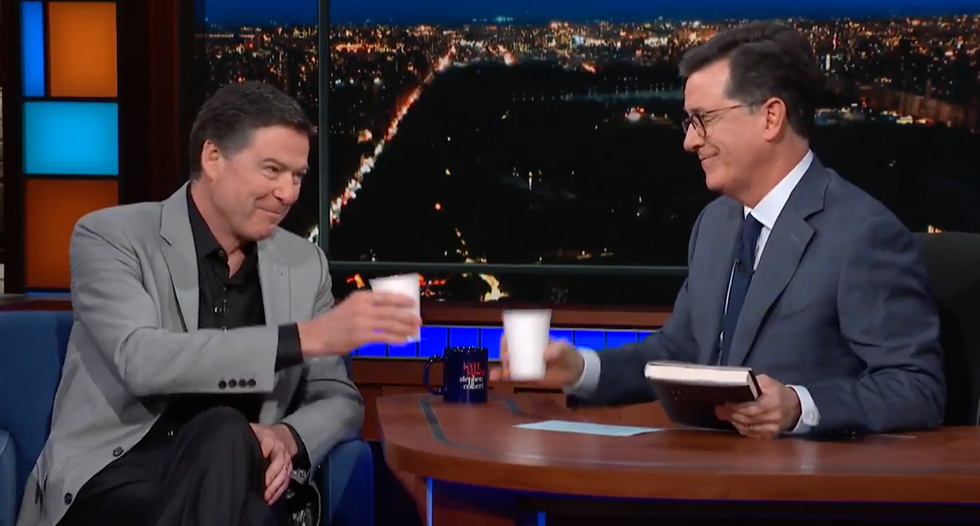 Former FBI Director James Comey on Tuesday ripped Donald Trump for treating him “like the breakup he can’t get over,” chiding the president for “waking up in the morning and tweeting” at him.

Colbert asked Comey a range of questions, including whether he was surprised to get “whacked” by someone described as a “mob boss.”

You can watch Colbert’s full interview with Comey below: