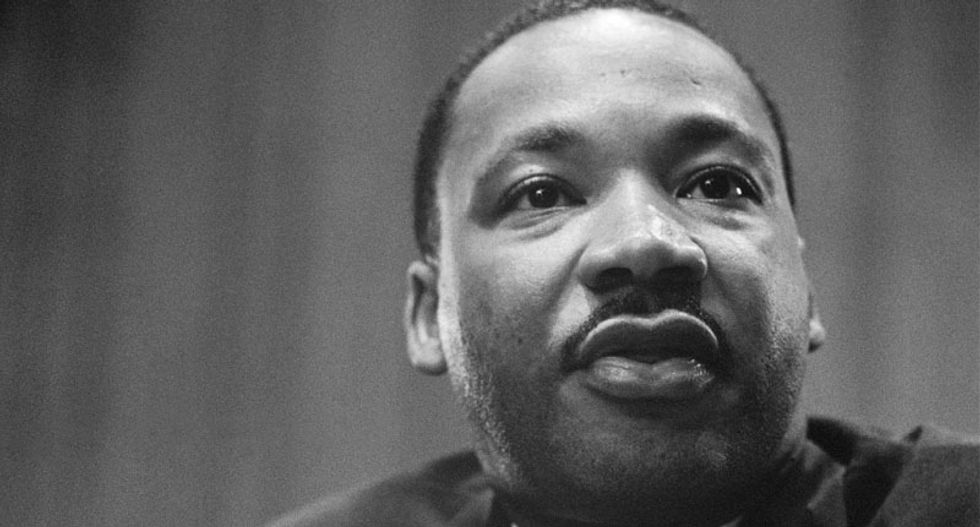 During the spring of 1968 the Reverend Dr. Martin Luther King was championing two causes dear to him. He was speaking out sharply against the war in Vietnam. He was demanding a costly federal program to eliminate poverty in America.

Both were volatile, divisive issues. Death threats had been a constant of his life since he had emerged as a national civil rights leader in the mid-1950s. Elevating his visibility on both war and poverty was intensifying the danger. He was pushing ahead anyway.

On the night of April 3, the day before he was assassinated in Memphis, he had confessed, publicly and prophetically, the gnawing fear that he would die a violent death.  He was addressing a rally on behalf of striking garbage workers in Memphis. “Like anybody,” he said. “I’d like to live a long life. Longevity has its place. But I’m not concerned about that now.” He continued, still more morbidly, that the day would come when African Americans reached the “promised land” of full equality and justice, but he declared, his voice rising with emotion, “I may not get there with you.”

On other occasions King had expressed publicly his fear that an assassin’s bullet might strike him at any moment. Indeed, that very morning a bomb scare had forced the temporary evacuation of his flight in Atlanta before it left for Memphis. The threat, which turned out to be a false alarm, must have been still rattling him when he spoke to the garbage workers.

The angst that poured forth in his speech that night was not the only cause of his bleak mood that night. He had not been feeling well. He suffered from insomnia. He had a sore throat He was exhausted from a torturous travel schedule.

If that was not enough, he was beset by troubles that threatened his standing and credibility as the leader of a nonviolent movement. Some were years in the making. One was only six days old: a march thorough downtown Memphis under his banner that had turned into a riot.

In early 1968 a Harris Poll found that nearly three-quarters of Americans had a negative opinion of King, and almost 60 percent of black Americans deemed him irrelevant. It seemed that he was “old news,” his friend Harry Belafonte would recall in a memoir years later. That was a stunning reversal of fortune.

During his first decade as a civil rights leader, from late 1955 until 1965, he had enjoyed a remarkable run of success. In his famed campaigns across Alabama – from Montgomery to Birmingham and then Selma – he and his Southern Christian Leadership Conference had achieved remarkable progress for racial justice in the South. The Southern crusade had culminated in the passage of the landmark federal desegregation and voting rights laws, in 1964 and 1965 respectively. As he turned his movement northward, however, success had proved elusive, even unattainable.

Little came of his campaign, in 1966, to relieve the complex ills plaguing the slums of Chicago. Support for him faded further because of rioting in America’s inner cities and the angry Black Power insurgency. Many whites were counting on him as a kind of safety valve to channel black grievances into nonviolent expression. He no longer seemed to be delivering on those expectations.

By 1967 he was condemning the Vietnam War as strategically flawed and morally unjust. His outspokenness on the war angered not just Vietnam hawks but also some longtime allies who objected to him mingling the civil rights and antiwar causes.

Even as he was denouncing the war, he was unveiling a new, ambitious – some would say quixotic – campaign to end poverty not only for African Americans but also for all Americans. He was calling it the Poor People’s Campaign. He was demanding that the federal government, in effect, legislate poverty out of existence. For those who were able to work but not able to find employment he would have the government guarantee a job. Those who were not able to work would collect a minimum annual income.

He was recruiting thousands of poor volunteers to converge on Washington and join him in “militant,” albeit nonviolent, demonstrations. They would flood the offices of the nation’s capital until lawmakers adopted the multibillion-dollar program that he was proposing. The looming Poor People’s Campaign (it was to start on April 22, 1968) was intensifying the controversy that was already swirling around him.

To dramatize the Washington campaign, he accepted an invitation to speak to the Memphis garbage workers. In his speech on March 18 he spotlighted the plight of the garbage workers, some of whom earned so little they were eligible for welfare, to exemplify the kind of poverty that he aimed to remedy. He was back in Memphis ten days later to lead a march on their behalf. The march quickly turned riotous when a small number of young rowdies smashed windows and looted stores.

It was King who reaped the whirlwind. He was pilloried by politicians (“self-seeking rabble-rouser,” charged Sen. Robert Byrd of West Virginia and editorialists. His “pose as a leader of a non-violent movement has been shattered,” thundered a Memphis morning daily, the Commercial Appeal. Even some African American leaders were scorning him. Congressman Adam Clayton Powell of New York mocked him as Martin “Loser” King.

With his credibility as a nonviolent leader badly frayed King acted boldly to right his movement. He decided to return to Memphis and lead another march. This time, he resolved, the march would remain peaceful.  So it was that he was in Memphis speaking to the garbage workers again on the evening of April 3.

He was moving ahead in his urgent mission to put the Memphis crisis behind him and resume his quest to stop the Vietnam War and end poverty, once and for all. As he said in that final speech in Memphis, he had looked into his religious faith to summon the courage to continue. As he put it that night: “I just want to do God’s will.”

DOJ's new appeal could mean it will be 'Goodnight, Aileen' for Trump-appointed judge: former deputy AG

Reacting to a Department of Justice appeal to the Atlanta-based 11th Circuit Court of Appeals on Friday that seeks to overturn yet another ruling by Judge Aileen Cannon, former Deputy Assistant Attorney General Harry Litman claimed a win for the DOJ would be a huge blow to the Donald Trump-appointed jurist.

Pushing back at Cannon's decision to allow Trump's lawyers to ignore demands and deadlines set down by special master Raymond Dearie, the DOJ asked for an expedited ruling.